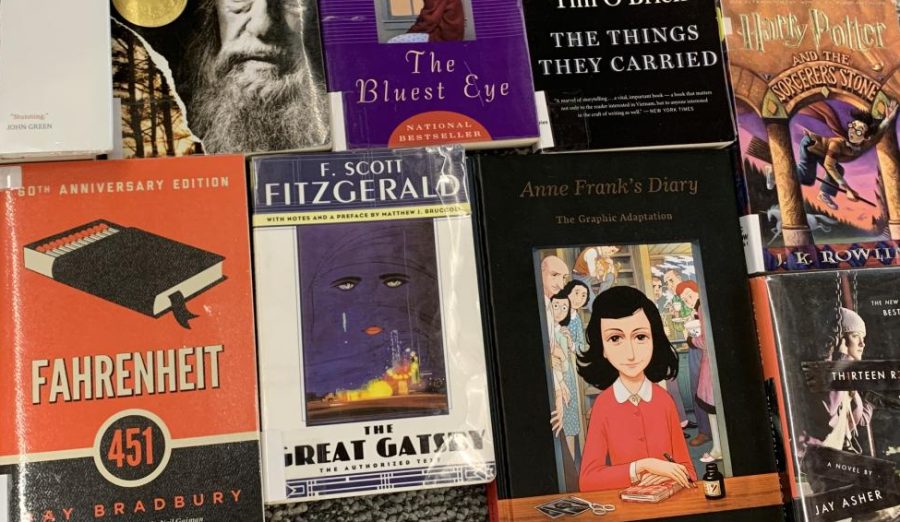 Books are truly amazing. They help us learn about topics, teach us life lessons, help us go to new worlds, and expand our imagination. No one in our school building has a closer relationship to books than our librarians, Mrs. Metcalfe and Mrs. Jarboe.

“For me, books have always been an escape,” Metcalfe said. “They allow me to contemplate the human condition and morality.”

Books can also help us see the perspectives of other people, who come from different backgrounds, cultures, and experiences. In a world where it is very easy to stay in a bubble, this is important for our human experiences.

“People also need to read about characters with vastly different experiences as their own,” Metcalfe added. “That’s how we develop empathy and the Xaverian charism of compassion. That’s how we grow and learn to connect with others.”

All types of books across the nation are being banned from libraries and schools all over the world. This week we have celebrated banned books week, which is an opportunity to express our freedom to read whatever we want to read and raise awareness to the issues.

“Banned books week is about celebrating the freedom to read and about combatting censorship, not about giving attention and fuel to the very people who like to challenge books,” Metcalfe explained.

When it comes to banned books, the list is ever-growing. So many influential classics are finding themselves in the boxes and off the shelves. Mrs. Metcalfe’s favorite banned book is “The Things They Carry” by Tim O’Brien, a book that centers on the Vietnam War and a platoon of soldiers.

“It is eloquently written and examines the very nature of courage and fear. I highly recommend the book,” Metcalfe said. “The author once said, ‘If you don’t care for obscenity, you don’t care for the truth,’ and that stuck with me.”

Mrs. Jarboe’s says her favorite banned book is “The Perks of Being a Wallflower” by Stephen Chbosky, which was banned mainly because of the homosexuality expressed in the book.

“I was nineteen when the book was published. I identified with the main character Charlie and his struggles to figure himself out during his formative years,” Jarboe said. “The book is beautifully written and is perfect for teens dealing with growing pains.”

So after this full week of awareness, read a banned book and expand your knowledge when others try to limit it.