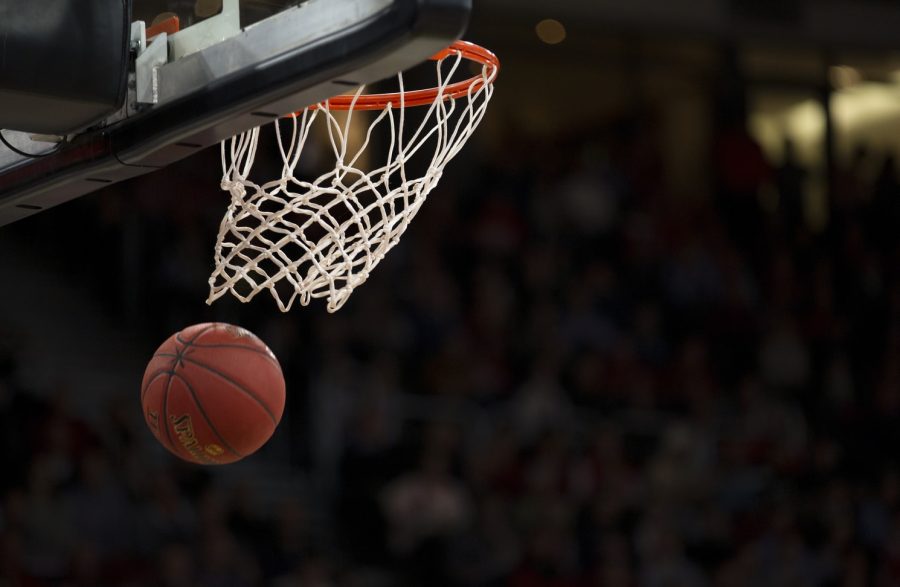 There will be sweat. There will be elbows thrown. There may even be blood. The St. X faculty basketball game on Feb. 3 is destined to be an instant classic as some of the Tigers’ top faculty ballers hit the court in the state-of-the-art Brother John Wills Sports Activities Center. Expect drama as teacher superstars Señor Salomon, Mr. Caudill, Coach McCormick, and numerous other St. X legends lace up their basketball shoes to create a thrilling display of world class athleticism. Although the hype for the big game may seem overwhelming, the comprehensive analysis and mock draft below breaks down the highly anticipated athletic spectacle simply and eloquently.

*Disclaimer: The following analysis is based on insider information from faculty, some students, and pure guesswork.

Ashby – Expect Mr. Ashby to be a menace in the paint. Standing at 6 feet and 3 inches above the hardwood, the Calculus and Geometry master will be looking to post up and bank in some easy shots off of the glass. His ability to rack up boards on the defensive end could be a deciding factor in the big game. According to multiple sources, Mr. Ashby plans to throw some ‘bows in the paint’, and has even predicted that another teacher will leave the court with a black eye–courtesy of his elbow.

Baisch – A former division one collegiate athlete, the WKU grad is looking to translate his all-state football skills onto the court. Anticipate Coach Baisch battling in the paint and controlling the glass, however his potential impact on the game is hard to predict. Coach Baisch has a low floor, but a high ceiling, making him a potential sleeper pick in the draft.

Brockman – Once a dominant force on the St. X gridiron, Coach Brockman will look to perform at an equally high level on the Wills Center hardwood. The English teacher and Count of Monte Cristo enthusiast should present some solid guard play and pass the rock around well. Similar to Coach Baisch, Mr. Brockman can be viewed as a high ceiling, low floor player who has potential to put up points from the perimeter and rack up assists.

Caudill – Mr. Caudill is a PROBLEM on the court. The number one overall pick on Sean Livesay’s Faculty Draft Big Board, the Math Team and Future Problem Solvers Club moderator is expected to put on a dominant performance on Thursday. An expert problem solver in the classroom, Mr. Caudill’s clutch playmaking ability, dangerous handles, and soaking wet jump shot will be a nearly impossible problem to solve on the hardwood. Numerous sources have told Xavier News that the juggling legend casually dropped a triple-double in his last faculty basketball outing, and it’s safe to expect a similar performance again on Thursday. Whether the opposing team can keep the “Drop, Log, and Roll” advocate from knocking down 3s out of the infamous “Caudill’s Corner” will likely be the most significant factor in deciding the big game. Be prepared to see the Wills Center on its feet as Mr. Caudill snaps ankles and imposes his will on the court.

Cottrell – Mr. Cottrell may not seem like a baller, but make no mistake about it: the Geometry genius could do some serious damage on the court. Expect Coach Cotty to bring solid guard play to the hardwood and be an important role player in the big game. His ability to drop dimes and pull up from the top of the key could put his team in a position to put up big numbers on the scoreboard. Mr. Cottrell can be safely viewed as a mid-to-early round draft pick; however, it should be noted that fellow geometry teacher, Mr. Noe, has promised Xavier News that Coach Cotty “will be the best player on the court” on Thursday.

Durbin – Xavier News views the varsity soccer assistant coach as a massive sleeper pick for the upcoming draft, and rightfully so. Mr. Durbin possesses solid playmaking ability and a knack for finding open lanes to the rim. The Algebra and Precalculus teacher has developed remarkable finger strength and hand-eye coordination whilst taking care of his pet lizard Drago: a fierce reptile that, according to legend, can take a man’s hand off with a single bite. Coach Durbin uses his nimble fingers to successfully feed Drago fresh carrots without letting the beast take off a digit in the process, a remarkable feat which could hint at an ability to finish at the rim with a smooth finger roll.

Hilbert – Mr. Hilbert is perhaps the most athletic player on the roster; however, his fundamentals and handles are questionable. A former Centre College baseball star, the grammar master is used to the big stage and won’t back down from the challenge. What stands in the way of Mr. Hilbert, however, is excellent guard play across the roster. Does Mr. Hilbert have the talent to shut down Caudill’s Corner, stop Coach Cotty from driving to the rim, or slow down Señor when he’s in his zone? A lot of questions remain with Mr. Hilbert, making it very difficult to justify drafting him in the early rounds. It’s best to assume he’s mid until proven otherwise.

McCormick – A St. X defensive superstar and state champion, the former Dayton Flyer holds tremendous potential as a flex player. Xavier News views Coach McCormick as a Kirkland Signature Lebron James: a guy who can get the job done at any position on the court. Although Coach could certainly put up big numbers from the perimeter, expect the animal conservationist to put in work at the three and four positions and possibly even at center if his team gets desperate. McCormick should be a guaranteed top-5 pick in the draft.

Noe – When Xavier News informed Mr. Noe of his projection as a mid round draft pick, he was quick to tell the most highly acclaimed newspaper in the Ohio River Valley to expect “pure dominance” on the court. After further analysis of the Geometry teacher following his rebuttal, Xavier News has concluded that Mr. Noe is definitely still mid. Similar to his favorite players on the University of Kentucky men’s basketball team, the coffee club moderator will likely be a one-and-done, as in going 1 for 12 from the field.

Patzelt – Mr. Patzelt has mastered the art of taming rambunctious freshmen in the classroom; however, getting athletic freaks such as Mr. Caudill or Señor Solomon under control on the hardwood will be an entirely different challenge for the Bellarmine alum. Many questions remain on the Algebra teacher’s ability to get the ball through the net, however senior Paul Gates, a Coach Patzelt expert, has promised Xavier News that the assistant baseball coach will “play lockdown D,” adding that he would “not want to be boxed out by that man.” Expect Mr. Patzelt to be most effective playing 1-on-1 defense against the imposing team’s star guards.

Stemle –  As the most irrelevant player on the roster, expect Coach Stemle to be remarkably terrible in every aspect of the game. Although the head freshman baseball coach is the leader of the greatest news organization on this side of the Mississippi, his handles are absolutely atrocious to say the least. His complete lack of ball-handling skills and basic fundamentals will likely result in the journalism teacher having more turnovers than points. It should be noted that the Toasty’s Tavern advocate has extremely flimsy ankles, a feature that will likely result in Coach Stemle getting his ankles broken in absolutely humiliating fashion by the likes of a real baller such as Mr. Caudill. The only practical reason for selecting Mr. Stemle would be to keep the bench nice and toasty so Mr. Caudill and Señor Solomon can keep their quads warm to avoid injury.

Salomon – There’s not much that needs to be said here, as Señor will certainly provide us with a mesmerizing, emphatic, and possibly even tear jerking statement as he imposes his will on the court on Thursday. Señor Salomon, or “Sweet and Spicy” as he is commonly referred to, will certainly be one of the most dangerous men to ever touch the state-of-the-art Wills Center floor. His ridiculous stat line starting at point guard during his college years has landed him number two overall on Sean Livesay’s Faculty Draft Big Board. Expect the legendary Spanish teacher to put on an unforgettable performance as a floor general for his squad.