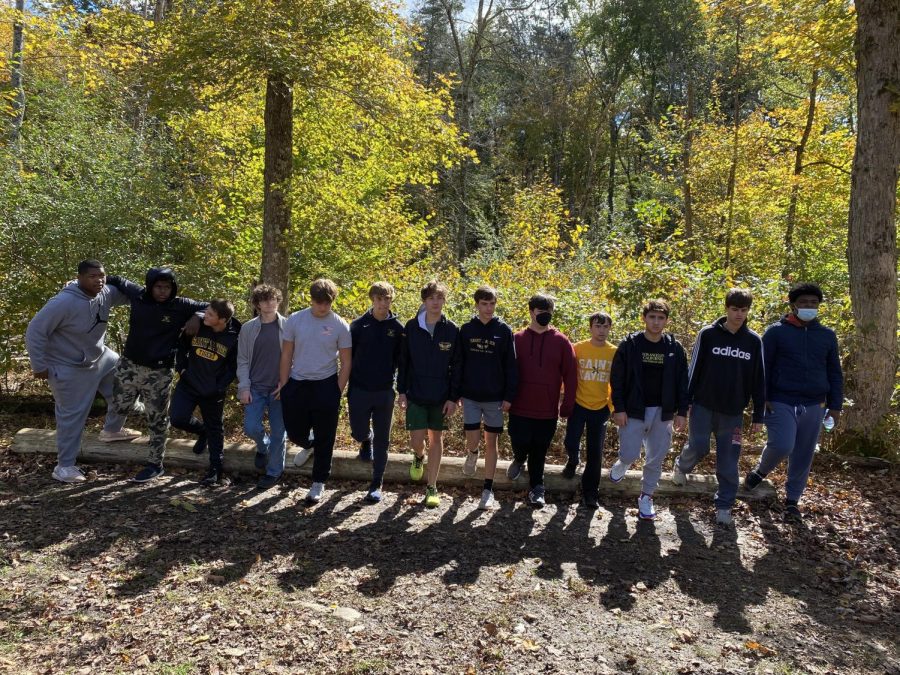 Freshman year involves many different fun events dedicated to bringing the new class together into the Saint Xavier brotherhood. But with the COVID-19 pandemic forcing the school to operate at 50% capacity last year, the class of 2024 lacked these same experiences that dozens of classes before them participated in. As a result, this year’s sophomore class attended Cedar Ridge camp grounds for retreats all throughout October to form the bonds that they didn’t have the chances to make last year.

On Monday, Oct. 4, I was able to experience this retreat with some of my fellow classmates. Many great skills and life lessons are formed and experienced when attending retreats, and the same can be said about my own retreat. These same experiences bring everyone involved together and help start friendships with classmates that will hopefully last well after our high school years are over. 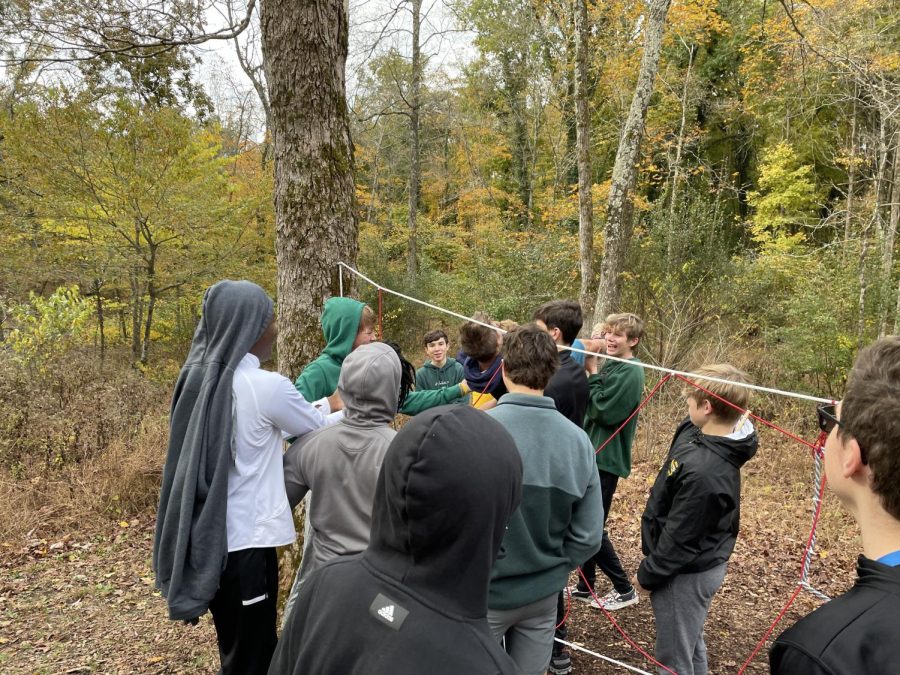 My retreat had plenty of challenging activities and having everyone work as one team and build each other’s trust was a major goal throughout our time spent together.

Upon arrival, our group took part in an awesome opening activity that set the tone for the day. After randomly picking three students from our group, the counselors led the group of three out of the room that we were in. They then drew a small circle on the floor and asked the three individuals to throw a penny into it. But while the action itself was difficult, that wasn’t the true meaning of the exercise or the trick. Instead, each individual who attempted the toss arrived one at a time, not seeing the previous person before him make his attempt.

For this opening demonstration, the crowd that I was a part of had been told to react differently for each student. For the first participant, we were told not to say a single word or show any emotion. For the second, we all reacted with negative feedback including visible disappointment when they missed the circle. But for the final contestant, we all reacted positively, cheering for him as he walked in and encouraging him after each missed attempt.

While none of the three contestants were able to achieve the impossible task of throwing the penny into the circle, the reactions of the crowd dictated how many attempts each contestant took. In this exercise, the crowd was complacent for the first and negative for the second, so in each instance, the contestant took less than 5 attempts, as the lack of encouragement discouraged them from even trying their luck at the nearly impossible task. However, when we reacted positively for the final contestant, cheering him on and encouraging him after each miss, he continued to try, surpassing at least 20 attempts in the process. This demonstration of reactions to feedback was a great example of positive reinforcement and its benefits. As a result, I think we all learned the importance of being supportive in all situations in order to help each other stay motivated and attempt to succeed.

Many team building activities awaited the class after the opening demonstration. On my retreat, they randomly split us into four groups of approximately 20 people with each group having a counselor who worked at Cedar Ridge to guide them through the courses. Under the counselor’s leadership and guidance, each group learned how to act as one unit in tough and confusing situations. We especially learned the importance of teamwork in these activities, as many of them couldn’t have been done without everyone participating in the group.

My favorite activities included the spider web, wire walking, and see-saw, as the challenges they brought made each activity incredibly fun. Though they were all tough to complete and took time to figure out, they were probably the most beneficial because they forced us to work as one team in unison. For example, the see-saw needed an even weight-balance and weight-shift in order to fully balance everyone. For the wire walking, this difficult exercise never would’ve been possible without the help of your partner and spotters holding you up when you are about to fall.

Although I missed the opportunity last year, I feel so lucky to have gotten the chance to make it up this year with my classmates. I’ll always reflect fondly on my memories of the sophomore retreat where I got closer to my brothers and learned valuable life lessons.