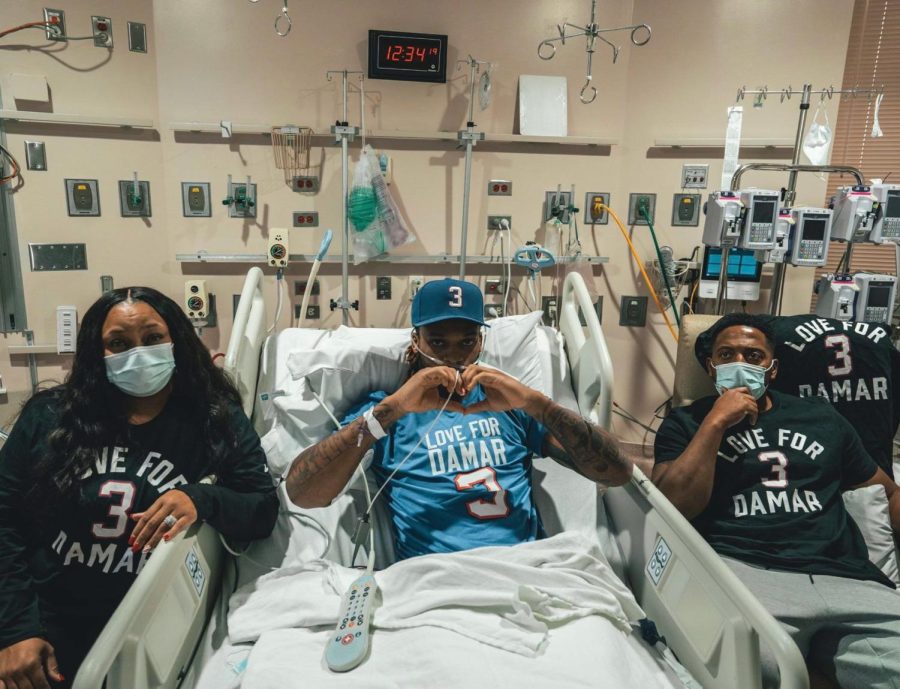 The Damar Hamlin situation seemed to stop everyone in their tracks and had people all over the world checking for updates on the Bill’s defender’s condition. As his health has improved and some time has passed, below are some of the takeaways we have from the whole thing:

Apps like Twitter and Facebook are full of unwanted ads, bots and argumentative burner accounts; however, social media as a whole felt a lot different surrounding the Damar situation. Every NFL team on social media changed their profile pictures to the number three (his jersey number) in support of Damar. There were countless tweets surfacing from both famous and everyday people who were #PrayingForDamar.

An example of some of the light that came out if this dark scenario was the amount of money that was raised for Damar’s foundation. People really rallied around his cause and skyrocketed it into the public eye.

When you think of Roger Goodell, what do you picture? I think of Dave Portnoy protesting on the floor of NFL headquarters against him. The criticism he gets is off the charts at times; I’ve never met a single supporter of the man. This time, however, Goodell and the NFL made a decision that was unanimously supported in that they cancelled the game (with playoff implications) and did not make it up, putting Damar’s health above the business’s bottom line.

In a cold January game in Buffalo, the Patriots played a Bills team in their first game since Damar’s tragic accident. The first play of the game was a kickoff to Buffalo the Bills ran it back for a touchdown. These are always exciting plays in any football game, but this one was more significant. They later found that the last time the Bills had returned a kickoff for a touchdown was three years and three months since then. Josh Allen gave the postgame interview where he was overcome with emotion speaking about the play and his spiritual awakening.

This horrible event made everyone realize how valuable life is.  When Damar finally woke up in the hospital, his first thought was on his team. His first question when he woke up was “Did we win?” And the doctor replied with “Yes, you won. You’ve won won the game of life.”

After Damar’s release from the hospital yesterday we for sure know he will be out for the remainder of the season. As for future seasons we don’t know. He could possibly never play the sport of football ever again.

Damar’s life being almost taken away made us realize the value of life and how it can be taken away in a second. We need to reflect and make sure to spend time with our loved ones because they could be gone tomorrow.