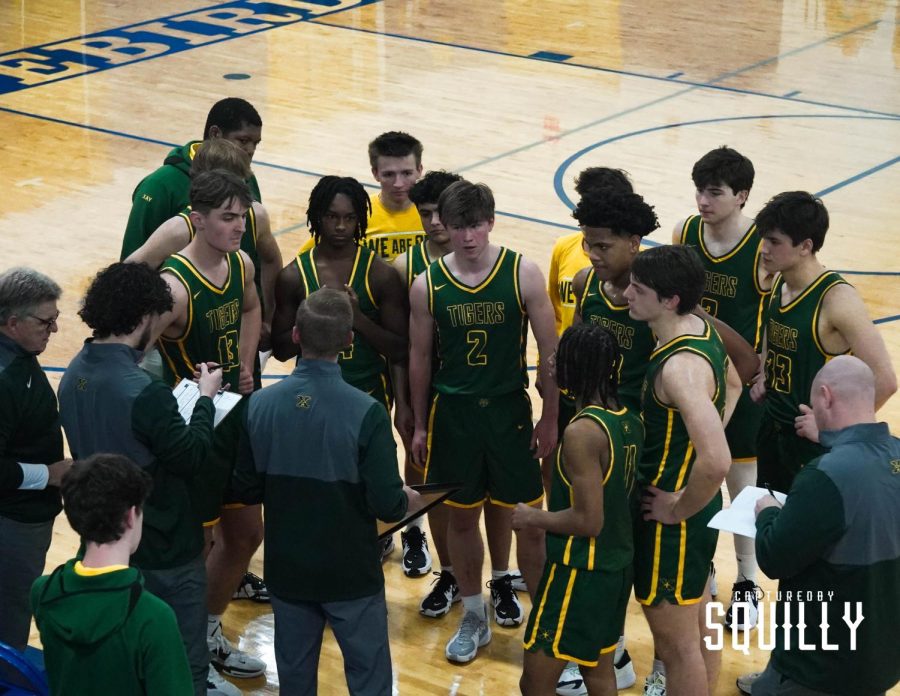 Marking the halfway point of the season, the Tigers enter the Louisville Invitational Tournament 8-6 (1-3 in district play). The Tigers are the 8th seed in the tournament and will face a talented Seneca squad in the first round. Seneca enters the LIT 7-5 (2-0 in district play). Shutting down junior guard QuelRon House, averaging 24.2 points and 8.5 rebounds per game, will be one of the toughest tasks the Tigers face this season. The winner of this game will face the number one seed in the tournament, Ballard.

With a starting lineup consisting of three sophomores and a freshman, leadership is necessary to hold this team together and build chemistry. As team captains, voted by the team, Tommy Scanlan and Nelson Williams have helped develop the culture that St. X is known for.

Losing three starters and a key bench player from last year, the Tigers were looking for new players to step up into these roles. Freshman trio, Jeremiah Jackson, Bryce Johnson, and Jermaine “Chief” Cameron, have filled these big shoes. Jeremiah Jackson averages 8.2 points per game and 4.3 rebounds per game. Bryce Johnson, who plays forward, adds the ability to stretch the floor as well as using his long frame and sneaky athleticism to defend. Chief, who just returned from a broken foot, comes in mainly as a backup point guard and ball handler for the team.

Coming out on top against top competition is necessary for a deep run in the playoffs. So far, the Tigers have taken down basketball powerhouses in Fern Creek and Bradenton Christian. Closing out games is something the Tigers have struggled with. With a two possession lead with 3:00 minutes to go in the game, the Tigers had a few costly turnovers which resulted in a ten point loss to PRP. Up by 15 at half, the Tigers ended up losing on a tough foul call that gave Manual two free throws to win the game by one.

An important stepping stone in the season was the Bradenton Christian Classic in Brandenton, Florida. The Tigers faced tough competition in Master’s Academy, Venice, and Bradenton Christian. After falling to Master’s Academy in the semi-finals, the Tigers finished in 3rd place. This tournament was a great opportunity to test the talent of the Tigers. Finishing in 3rd place against this competition is a quality accomplishment for this point in the season.

“The tournament really brought the team together,” senior captain Tommy Scanlan said about the tournament. “We were together all day for three days straight, so it allowed chemistry to be built.”

The Tigers are looking to use that chemistry to perform well in the LIT and on the back half of their season. Get out to Valley High School to support the team!