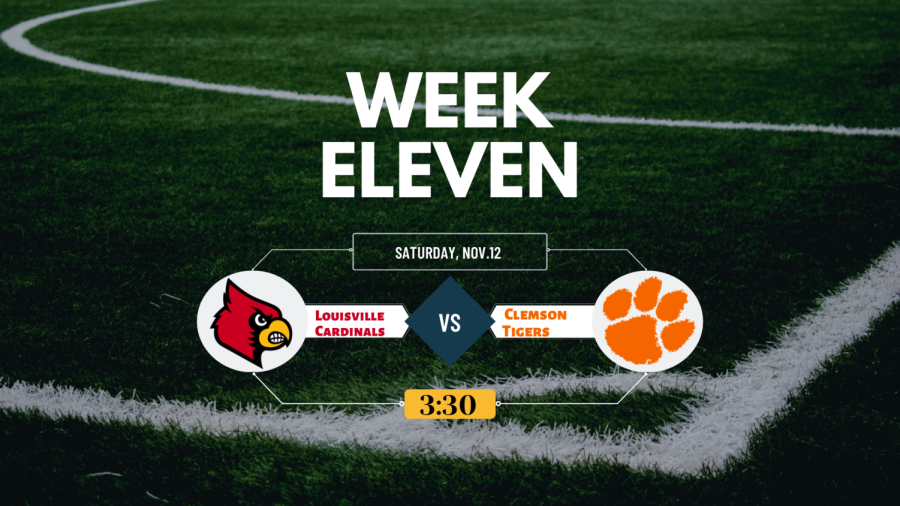 After starting the year 2-3, Louisville is coming off four straight solid wins, one being a top ten victory against Wake Forest. Malik Cunningham and Tyler Hudson have been playing very well especially paired with the strong rushing attack. However, the main reason the Cards have really turned the ship around is because of their stellar defensive play. The Cardinal defense has allowed an average of 14.5 points in those last four wins. Xavier News’ well-respected Louisville sports analyst, John Carlon, said, “The key to Louisville winning is going to be overcoming the atmosphere of Death Valley by starting out strong from the beginning.”

On the other end of the field, Clemson is coming off a blowout loss to Notre Dame. The Tigers got manhandled at the line of scrimmage and allowed 263 yards on the ground, which is a great sign for Cardinal fans. The Tigers have also been dealing with some inconsistency at the quarterback position. If the Louisville defense is firing on all cylinders, I could see the Cardinals getting their first ever win against the Clemson Tigers, and they would simultaneously be snapping the longest home win streak in college football (38).

Which team will have more rushing yards?