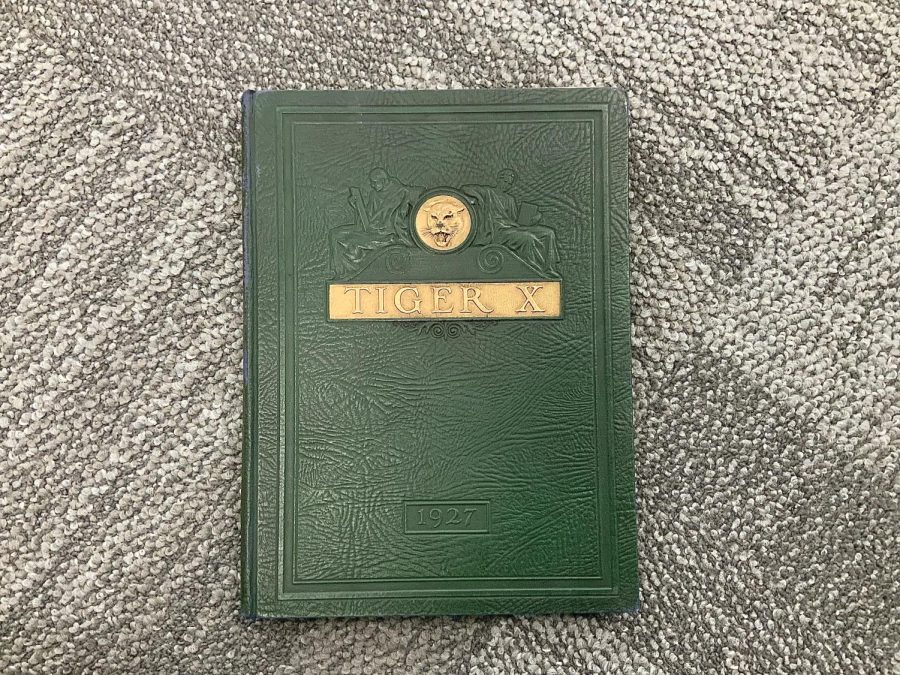 There were very few sports at the time, but there is some to talk about. Tennis, track, baseball, and golf were still mid season at the time the yearbook was published. Baseball looked good through their schedule and beat Louisville in an exhibition 1-0. The football team had their best season going 7-2.

1927 featured a lot of German names and no faculty names. The best senior names are Pierre Viglini Angermeier and Dominic Malgoire Kaltenbacher — both cool names. Brother Aloysius was the new principal with a pretty nice name, too.

Charles J. Ritman won the Rotary Club’s medal for distinctive service to the school. He was also the senior class president and the president of the Student’s Mission Crusade. Safe to say that the young men of the class looked up to him.

There’s going to be a few interesting things in a yearbook that is almost a hundred years old. Something I haven’t seen in a yearbook yet is that it begins with a section titled “views”. This section featured images of historic sites all around Kentucky. The debate team did not participate in outside contests, because they felt that they could not argue both sides of an issue. Instead they debated each other in a school wide contest. We all know the class of ’88, but how about 1888. William A. Reisert, class of 1888, led the Alumni Association as the new president.