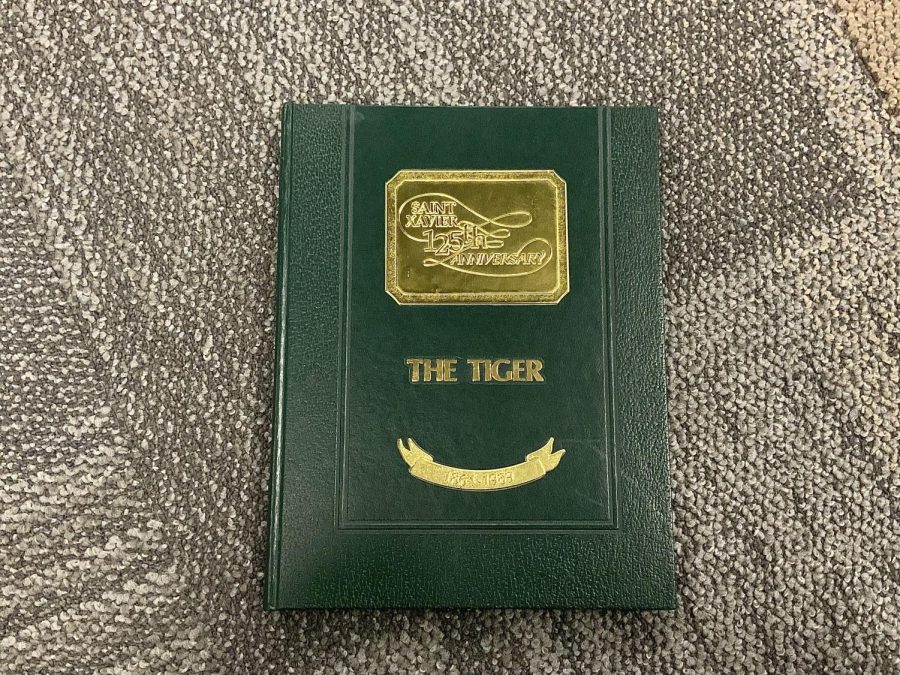 Every week, I will use a random number generator to choose which St. X. yearbook I review. Our second Flashback Friday brings us to the year of 1989. 34 years ago, the class of 1989 walked the halls of St. X. This is a quick overview of the 125th anniversary year that was 1989.

Mr. Anthony Scheler began his first year at St. X. as a biology teacher. Mr. Scheler has since become one of the assistant principals at St. X. Mr. Brian Mitchell was a senior and won the “Award for Excellence in Television Production”. He was a part of the first WSTX and now leads WSTX and other broadcasting activities at St. X.

1989 was the beginning of a few long lasting legacies at St. X. The swim state championship streak is up to 34 straight years. WSTX aired for its first year under Janice Oberhausen. St. X also celebrated the opening of a new alumni, athletic, and assembly center. Yearbook was awarded second place in an American Scholastic Press Association competition. The Blue Ribbon, an award awarded to the most distinguished schools in the nation, was given for the second time to St. X.