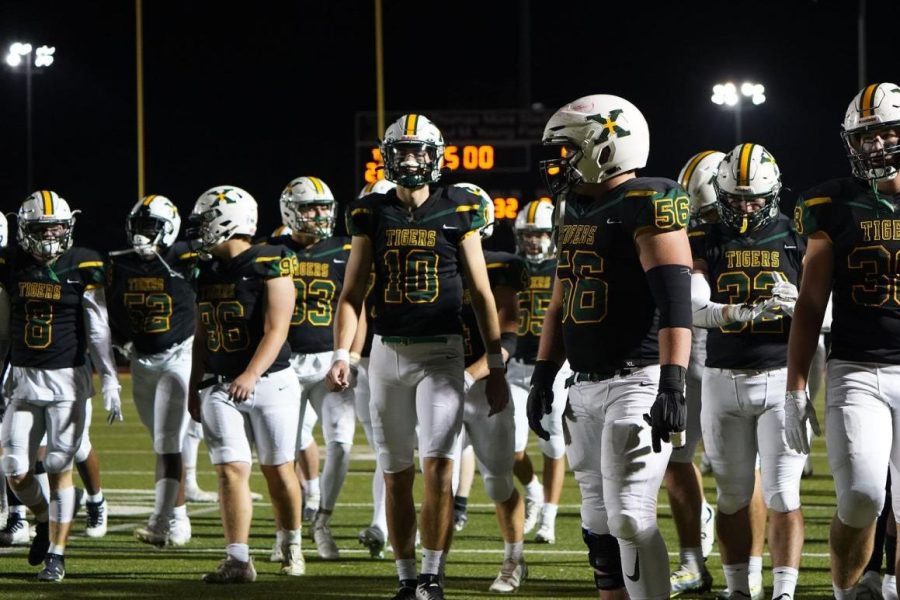 Tigers were on a warpath Friday night versus the Panthers

The Tigers took home an impressive 50-14 win against Pleasure Ridge Park. The offense was explosive, leading the Tigers to 50 points, the most the Tigers have scored in a single game this season.

The defense was also performing at an extremely high level only allowing 14 points. Tyler Boggs in particular had an impressive game with a pick returned to the 30. The defense still remains as one of the best in the state and should be a big part of the team come playoffs.

“I think the success came from the game planning and how we executed that. We had to keep their passing game in front of the DBs and we did it pretty well,” Boggs said. “The defensive line did their job with getting the quarterback under pressure for the majority of the game.”