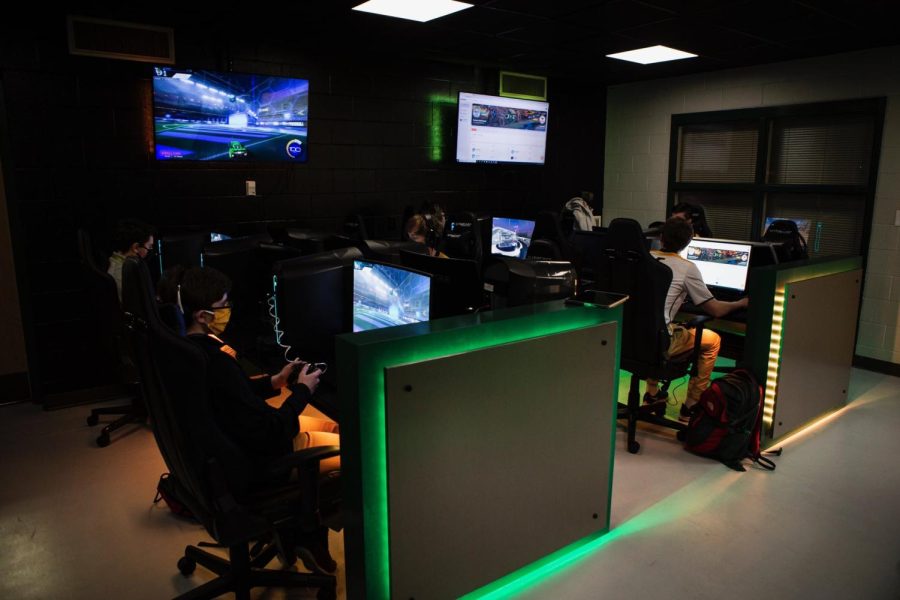 The Esports team is gearing up for a successful fall season. After Mr. Spears stepped down as coach last year, Andrew Littell will begin his first season as coach. The team’s fifth season starts the week of Sept. 26 and lasts nine weeks until the playoffs begin. Splatoon 3 has been added to the team’s schedule of games. The squad will play Rocket League, Madden 23, and Super Smash Bros this season.

There will be star players, just as there are in football and basketball. Sam Brutscher, a senior Rocket League player, and Michael Pemberton, a junior Super Smash Bros. player, are poised to take the lead.

“I play at the competitive college level and I’ve gotten some wins against the top players in our state, but the other guys will fully make our team; it can’t only be on me,” Michael Pemberton stated. “We need to prove all of us collectively are the best team in the state.”

Andrew Littell, the new coach, is already working hard in his first season.

“More broadly speaking, what I consider my real job, is to make the team,” Coach Littell said. “There are many things that anyone in the gaming community can do better for themselves and others. We all need to come together to improve ourselves as gamers and people. I truly want to make this team a safe place to be, teach those best behaviors, and teach how we can better take care of ourselves.”

Coach Littell is a former football player, powerlifter, shot-putter, and 2007 class graduate. He feels compelled to contribute to the St. X community.

“I owe St. X a lot with my education and the community it allowed me to be a part of,” Coach Littell added. “I would not be where I am today without it. I was glad to receive an opportunity to give back to the school more than I had been able to before.”

Nick Heck and Michael Pemberton have spent hours outside school preparing for the season. They bring a lot of experience and poise to the team.

The Tigers are poised to compete for a state championship. Be ready, because they will be. 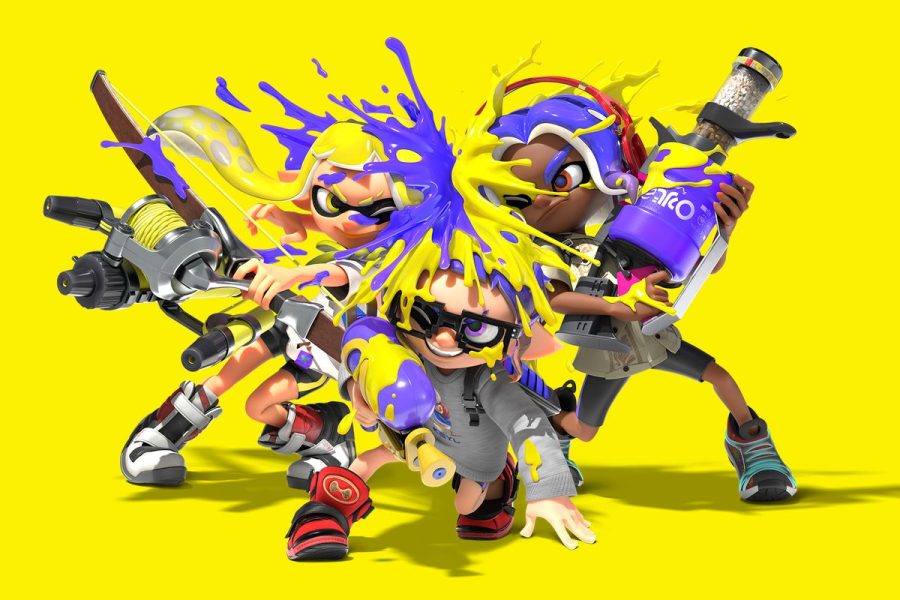 Since it’s original release in 2015, Splatoon has been a unique landmark in the world of gaming. The premise is a family-friendly shooter that focuses on painting the ground instead of killing enemies. Now with its third iteration, the ideas in Splatoon aren’t anywhere near as novel as they once were, so it’s up to the game’s quality to retain interest. While it does deliver a supremely enjoyable experience, it’s still haunted by many issues.

The best part of Splatoon is undoubtedly the multiplayer experience. With the new release, weapons, subs, and specials have all been reworked and new additions have been added, though the core still remains unchanged for better and for worse.

The two big areas of focus for the sequel are balance and movement. Weapons have been heavy in many ways, however they all still feel the same and just as fun to play. The biggest change to the combat in this game comes from the new special weapons. Many feel more challenging to use in comparison to the last game. Others feel completely overpowered like the ink vac which could content with the balance breaking specials from the first game as well. With some exceptions, the new specials only take away functionality and enjoyment given from the far better selection from the second game. On the flip side, the sub weapons do the complete opposite and improve nearly every one available. The new addition, a dagger that reveals enemies locations, competes for the most enjoyable sub weapon along with the ever-reliable burst bomb.

Though the balance doesn’t visually show much change from the previous game, movement definitely does. With the new dashing options, Splatoon 3 has become a much faster and proactive game allowing for a higher caliber of play. Some other things like the dodge upgrade allow for more movement options than ever, and all of which feel great to execute.

A big problem for Splatoon is the new game feeling more like an update instead of a new $60 experience and sadly that is still present here. No new modes have been added, and though clam blitz has been changed for the better, every game mode still feels nearly identical. The biggest addition in this game is definitely the new story mode.

This time around, the story mode focuses on the darker implications of Splatoon. For a series taking place in a post-apocalyptic world after humanity’s downfall, the tone has always been rather jovial. Of course the tone never dips below a certain point but it still aims to explore the remains of humanity and how they were brought to that point, mainly through optional reading terminals.

The new characters that appear in the story mode, and also as TV stars who explain current update information, are the best in the series by far. This trio has much more personality than the other idols we’ve encountered before and play an integral role in the story which is far fresher than the previous two idol groups. This group of bandits aims to stop you instead of help, and our previous nemesis, DJ Octavio, is enlisted to help fight against the enemies you face. Mammalians comprise the true antagonists we face this time and they tell a far better tale than the previous Octarian threat.

All in all, Splatoon 3 is a far better game than its predecessor, but lacks much originality which makes it feel too similar to its prequel. Many connection issues also happen to affect the game, however that’s due to Nintendo’s poor internet service and not necessarily a problem with the game. Even with some obvious problems that affect it, this is still the freshest Esport available right now.