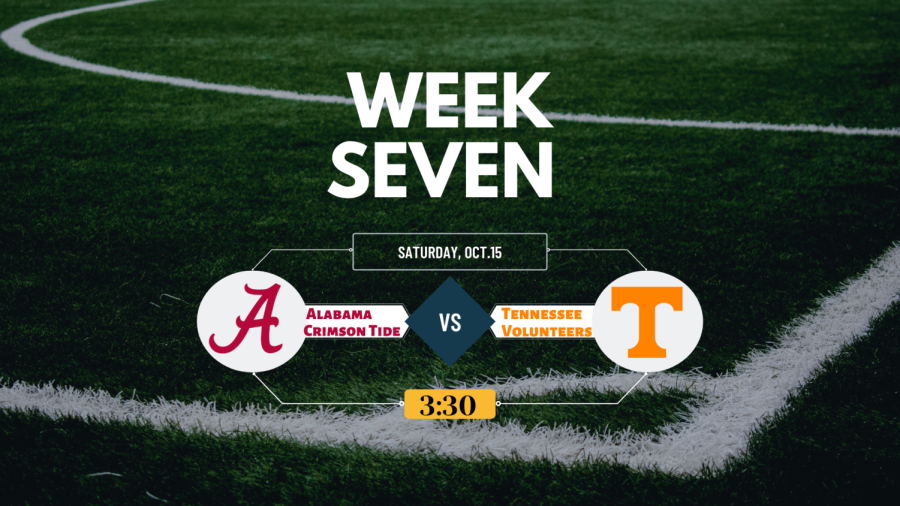 In what may be the most influential game of the college football season so far, Nick Saban and Alabama will head to Knoxville to face the red-hot Tennessee Volunteers. Both teams are currently ranked in the top six, and both have been led by two talented quarterbacks in former Heisman Bryce Young and new superstar Hendon Hooker. Young has already accounted for over 1300 yards and 17 touchdowns, while Hooker already has around 1700 yards with 13 touchdowns and no interceptions. The outcome of the game will likely be dictated by which quarterback outperforms the other.

Although it is true that Tennessee has not defeated Alabama since 2006, if Tennessee is going to catch the Crimson Tide, this is the year. Tennessee has already racked up impressive wins against Pittsburgh, Florida, and last weeks blowout win against LSU. On the other hand, Alabama is coming off a nail biter against Texas A&M and Bryce Young has been struggling with injuries. With Young dealing with injury, another key to the game will be if Alabama’s defense and Will Anderson are going to be able to step up and stop the high-powered Volunteer offense. This game will be very interesting as it could possibly be the future SEC Championship matchup, and one or both could find themselves in the playoff.

Who has more total yards in the game between Bryce Young and Hendon Hooker?

Which team will force more turnovers?