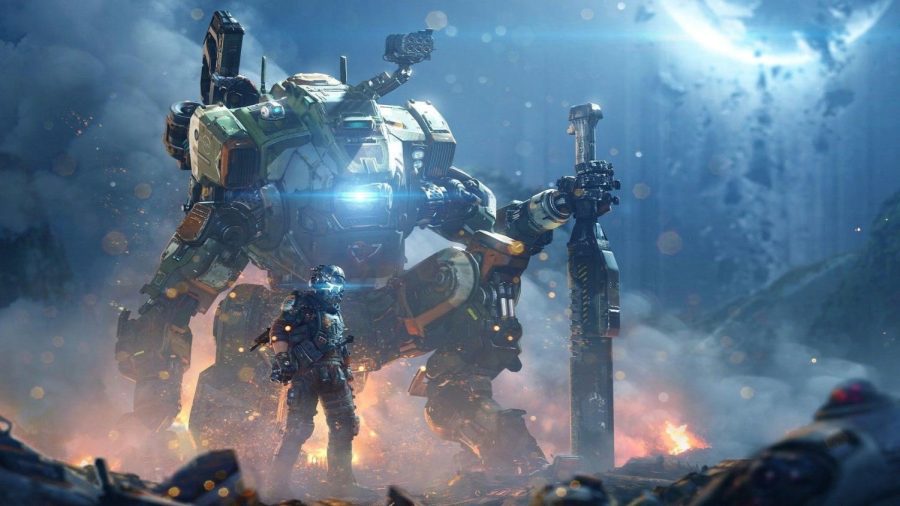 Video games have been a big part of my life since I was five. Games like “Rayman”, “Animal Crossing”, and “Mario” are games I've been playing for as long as I can remember.

Video games have been a big part of my life since I was five. Games like Rayman, Animal Crossing, and Mario are classics I’ve been playing for as long as I can remember. These are what I grew up on and played day and night repeatedly. I continued to play these and games like them until a game came out in 2016. It has been my favorite one since it came out when I was ten, and I still play it to this day.

I have played Titanfall 2 since the week it came out and have gotten good enough that I am currently a registered professional player. Titanfall 2 is my favorite not only because the idea of the game but also its campaign and multiplayer modes. Titanfall 2 is a game based around a war going on between the militia and the IMC on different planets, the only thing that gives each side their own edge in battle are pilots. Pilots are soldiers with higher-tech equipment allowing them to run faster, jump higher, and hit harder. Pilots also are licensed to use titans, titans are large humanoid mechs with a chassis and a conscience.

My favorite aspect of Titanfall 2 is the main character’s relationship with his titan. From the beginning of the game the character you play, Jack Cooper, and your titan partner, BT-7274, already start building a strong relationship. The game allows the player to talk with BT and choose the path of the conversations by giving a choice of what to say. Unfortunately, the game ends in sadness as BT saves Jack’s life, but he sacrifices himself to save the militia and destroy a weapon strong enough to destroy planets.

From a veteran professional player’s viewpoint, the multiplayer aspect of Titanfall 2 is fairly well-balanced and is entirely based on your playstyle due to the ability to pick different types of titans with different load-outs and abilities. Pilot combat is also fairly balanced and is based more on movements like wall-running and your own choice of load-out to battle other pilots or even fighting titans.