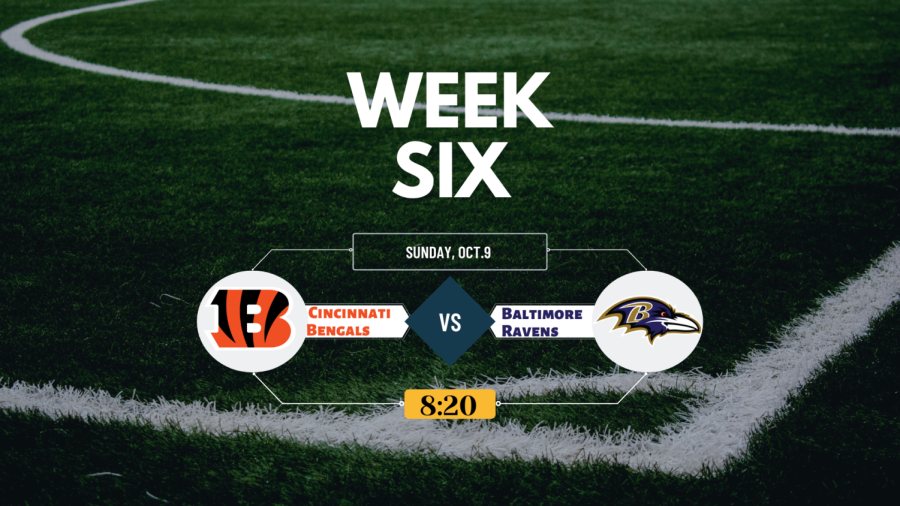 There may be nothing better in football than an NFL division rivalry on Sunday Night Football, especially when the contest is between two of the best teams and quarterbacks in the NFL. I may be a little biased as a huge Louisville fan, but Lamar is probably the most electric, entertaining player to watch in the league. On the other hand, the swagger that “Joe Shiesty” plays with is must-see TV as well. This game is critical to what team will take control of the AFC North.

Aside from the elite quarterback battle, the key to this game will be the stellar wide receivers of the Bengals: Jamar Chase, Tee Higgins, and Tyler Boyd. These receivers are going against the very volatile Ravens secondary that has been torched in a few games this year. Although the Bengals have had the Ravens number as of late, I expect this game to be very close. I expect this high-stakes matchup to be a high-scoring shootout with both of these elite offenses firing on all cylinders. This game will be very interesting as a lot of people from our school are big Louisville fans so they will want to support Lamar, but a lot of NFL fans in Kentucky are Bengals fans as well.

Who has more total yards in the game between Burrow and Lamar?

Who will have the most receiving yards?

Which kicker will make the longest field goal between Tucker or McPherson?