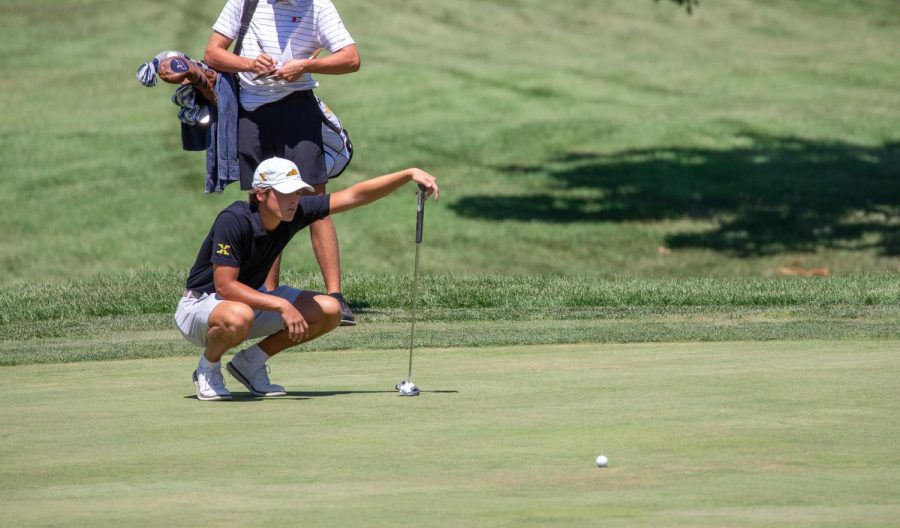 The St. X golf team traveled to Nevel Meade on Monday, Sept. 23 to play in the regional golf tournament. After all five men on each team finished their regulation eighteen holes, it ended at a tie between St. X, South Oldham, and Oldham County at 293 strokes (five over par). All five members of the St. X team birdied the eighteenth hole to give the Tigers a chance for a playoff, but the team fell short in the playoffs. However, two golfers qualified for the state tournament for their heroic performances during the round.

Seniors Abe Williams and Luke Daley finished in the top ten for individuals to advance to the state tournament. Abe Williams shot the lowest round of his year yet at three under (69) and was tied for fourth place. The team playoff was not the only playoff that happened at the course. Luke Daley shot a solid 73 (one over par) and won the playoff hole to qualify for state.

The Heritage Hill semi-state qualifier was a successful trip for Williams and Daley. The conditions were extremely rough with heavy mile-an-hour winds and a little colder temperatures than it had been in the past weeks, but they persevered and scored in the top-15. Luke Daley finished his round at seven over par (79) and Abe Williams shot six over par (78).

Daley got off to a rough start and double bogeyed his second hole of the day. The middle of his round was pretty steady, with mostly pars, a bogey, and two birdies on the card, but in the last three holes, he ended up finishing with two double bogeys and a bogey. His bogey on eighteen forced him into a three man playoff.

Going out to dinner, horsing around in the hotel rooms, and going to the hotel pool were some of the best memories I made with the team.”

Bowling Green Country Club was up next for these two Tigers. The course was a challenge, with the tees at around 6800 yards and a 72.9-course rating for the scratch golfer. They fell short of the title, but their adventurous journey up to the state tournament was the definitely memorable, with multiple playoff holes and many clutch moments.

The round at Bowling Green was both seniors’ final competitive round as a Tiger. Even though the golf season is over, these friendships and memories will last a lifetime.