All stats are as of week three... 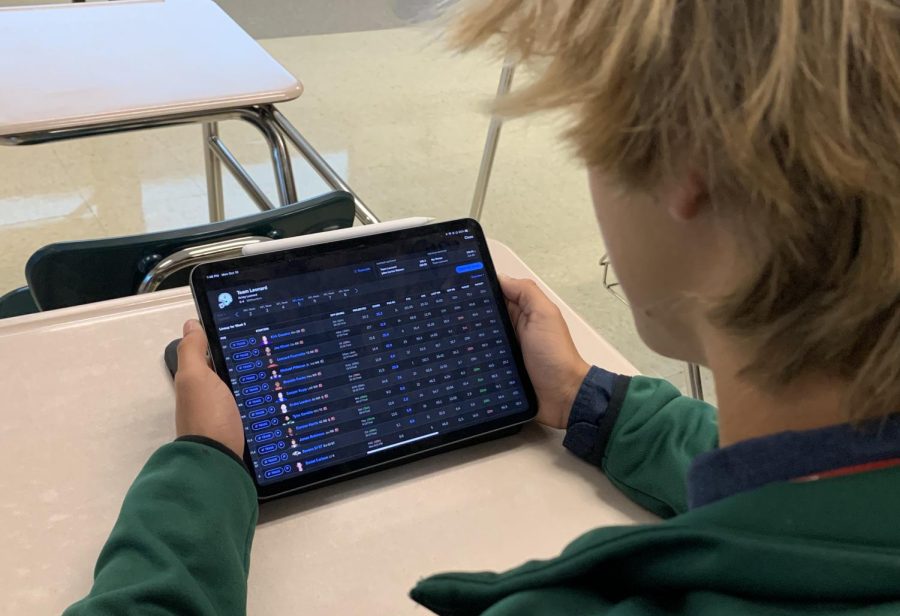 Fantasy football busts can most definitely ruin your entire week

Week four of fantasy football is in our sights, and as I look at the week ahead and the weeks past and see my struggling team, I think to myself, “how the heck is my team projected 62?” My team and many others are struggling to put up points across the board. Team managers nationwide are thinking to themselves, “why my team?” or “is this my fault?” No, it most certainly is not your fault! It is not your fault that a player like Alvin Kamara, an experienced RB, is putting up worse numbers than Zander Horvath, a third string RB for the Chargers.

Somebody has to put these multimillionaire athletes in their place. Unfortunately, the big names at ESPN can’t and won’t patronize these particular athletes, so I have decided that with my extensive experience in complaining about fantasy football, I would make a comprehensive list of all the major fantasy football busts. I have only one rule. I won’t roast people who got hurt; that isn’t their fault. It could happen to anyone…

I understand what you’re thinking. “You can’t do Kamara wrong since he was hurt in week two.” He has played two healthy football weeks and has scored fewer than eight points each times. That is completely unacceptable. This individual was chosen in the late first or early second round. You can’t score 7.6 points if you were drafted in the first round by most people! This season, Mark Ingram has .3 more points than him, and Ingram is rostered in 18% of leagues. Kamara spent more time in the summer thinking about his hair than about opposing defensive linemen, and we all know he’s facing a suspension, so there’s a chance he doesn’t play at the end of the season, but at this point, I think it’s better for fantasy managers if he doesn’t.

I had a tiny bit of sympathy after weeks one and two. I get it — playing on the Jags can be brutal for anyone fantasy-wise, but then week three came around, and oh boy. Etienne’s Jags scored 38 points against the Chargers, a team that historically allows huge numbers for receiving RBs, and all Etienne could score was 10.5. Etienne’s teammate, Zay Jones, scored 24. Etienne, if I don’t start getting some productive games out of you, you will most definitely be placed on waivers.

Cooks is currently being paid 40 million dollars guaranteed to be outplayed by Josh Reynolds, a guy being paid three million dollars guaranteed. Make it make sense. I would say it’s Davis Mills’ fault, but Mills seems to be throwing him the ball (29 times over three games). His solid bricks for hands and the fact he is the 51st best WR this year after being drafted as a WR2 is disappointing. The crazy thing is he’s not even the biggest bust with the last name Cook this year.

I don’t get it, Dalvin; you are running the ball more than most TEAMS in this league, and you still can’t seem to score points. This is the same Vikings team as last year, but with a beefed-up offensive line and a more dominant Justin Jefferson. I don’t care if Jefferson gets a more prominent role in the offense. You can’t play like that when more than two linebackers are set in the backfield. Sad to see another RB under 28 fall entirely off. At this point, you, Cook, might want to put on Jefferson jersey number 18. Maybe then you will get the ball.

Well, look, we have a subpar wide receiver for a flawed team. The lack of trust between Fields and the Bears organization hurts his value, but four catches is insane! A dead mule could catch more passes than Mooney. There have been 187 WR that have scored fantasy points this year, and Mooney ranks 113th of all of them — he was drafted as a flex player! There probably hasn’t been a more significant disappointment than Mooney this year. I would usually have mercy for players after only three weeks, but I would drop Mooney in the dark void that is the waiver wire IMMEDIATELY.

One battle does not win the war, just like one good game doesn’t keep you from being a bust. Besides the one game that Keenan Allen wasn’t playing, Mike Willams has caught three passes. Being outplayed by Joshua Palmer! Don’t worry — he can play great in trash time football against the Chiefs. Pathetic…

I’m not even that surprised. The Rams have been focusing on the passing game this year. Cooper Kupp has more receiving yards than the Rams have in rushing yards. The real problem is the refusal to use Akers. For heaven’s sake, he was on the field three times in week one. I have come up with a list of every backup outscoring Cam Akers; sit down, it is a doozy. Alexander Mattison, Jerick McKinnon, Eno Benjamin, Rex Burkhead, Samaje Perine, Raheem Mostert, Jamaal Williams, and the very elite and well-known Dontrell Hilliard. Akers and Coach Sean McVay need to go to marriage counseling or something because at this rate, Akers may never run the ball over ten times in a single game.

I could continue until the sun burns out, but I think for my mental health, I’ll stop here. I feel sorry for the teams that have one or more of these dumpster fires in their lineup. If I had any of these players on my team (and I do), I would trade or drop them before their value inevitably falls even further. May the fortunes of fantasy football be ever in your favor.