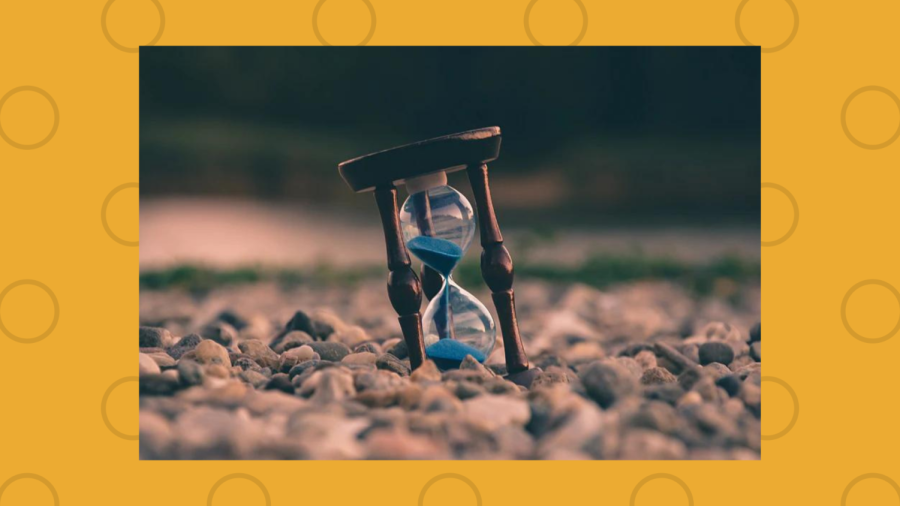 Thank you all for the hallway conversations, views, likes, shares, and most of all, thank you for reading. You have given us a place to share our passions and talk about the things we love, as the final words of this article are laid out, we are truly grateful to Saint Xavier and all our amazing readers (that’s you).

Sky – It’s been a wild ride writing for the Xavier News, I’ve thoroughly enjoyed my time providing only the best music, arts, and entertainment news to the fine people at Saint Xavier.

Joey – The best decision I made my senior year was to drop physics and pick up journalism. This was the most legendary Xavier News class to date, and we set the notion for future generations of Xavier News writers. I hope I check this in a few years and see two people that love music doing the same thing we did.

This is a list of media we are jamming to, watching, and enjoying.

Cheap Time– Cheap Time: Their discography isn’t huge, but that doesn’t stop this album from being essential to the post punk movement of the late 2000s. Cheap Time is the perfect underground sound for the times. This album’s creative and eclectic sound make it a fun half-hour ride that gets better with every listen.

Punisher– Phoebe Bridgers: My favorite indie pop record of the last decade, it’s innovative and refreshing, while also keeping some familiarity of dark pop and folk music. Phoebe is definitely an artist to keep watching as she gets more and more recognition.

Songs In The Key of Life– Stevie Wonder: One of the greatest albums of all time, essential to late 70s R&B and beyond. Its creativity and influence can be seen in modern rap, hip hop, and R&B. This album just feels good, and I highly recommend it.

“Watch That Man” – David Bowie: Probably my favorite song at the moment, it showcases Bowie’s experiences in America at a party. Its glam rock sound is unmatched and its storytelling is superb.

“Dead Souls” – Nine Inch Nails: My favorite song from The Crow soundtrack, it perfectly frames the theme of the film. “Dead Souls” is gritty, cold, and dark, its the perfect song to boost your confidence.

“Boogie With Stu” – Led Zeppelin: A song that feels like living it up and enjoying your life. It feels like riding halfway out the window of your friend’s car, wind in your hair, on an old country road, and life is just the best. Cannot recommend it more than that.

Atlanta, 2016-2023: Donald Glover’s supernatural drama masterpiece recently returned to television, and now is the best time to watch it. Atlanta tells the story of Earn (Donald Glover),who manages his cousin, Alfred (Brian Tyree Henry), the up and coming rapper Paper Boi. Paper Boi and Earn travel to several venues around Atlanta in hopes to get Paper Boi a record deal. They are joined by Darius (LaKeith Stanfield), an enigma of a man, he dresses in the most avant-garde, bizarre way; and Earn’s ex-girlfriend, Vanessa (Zazie Beetz). Atlanta is a slow burner of a show, but once the fire gets hot, it doesn’t stop burning. It’s a must watch if you’re into music, Donald Glover, or just good television.

I Am Not Okay With This, 2020: This show could have been the next Stranger Things, but its poorly timed Covid release date doomed it to be canceled. I Am Not Okay With This, also abbreviated as IANOWT, follows Sydney (Sophia Lillis), a fairly normal high school girl, but the catch is she has super powers (similar to telepathy) that activate when she is angry. It’s one of the best coming of age stories, with a vintage vibe to it and a cast that makes this show feel like a love letter to 80s teen dramas. It’s the perfect seven episode show to watch on a day where you have nothing to do.

Attack On Titan, 2013-2023: It’s the greatest anime ever made, you cannot contest me. Attack On Titan starts off shocking, and the shock factor only goes up from there. Plot twists, world building, character stories, and action like no other make Attack On Titan a titan (pun not intended) of modern anime, with Crunchroll crashing every Sunday when new episodes drop

(Disclaimer: many of my submissions were erased/censored by Mr. Stemle)

Yeezus – Kanye West: Out of all of Kanye’s legendary discography, this album has a special place in my heart. I have listened to this album so much over the last year, and it is a masterpiece. It is loud, offensive, and has tons of meaning to it. You might hate it on your first listen (as did I), but it will grow on you.

Nevermind – Nirvana: This album alone certified legend status for Kurt Cobain and the other members of Nirvana. It starts off with hit single “Smells Like Teen Spirit”, and the album stays consistently at that level. While there might be a skip here and there, the highs outweigh the lows. I would consider this my favorite rock album of all time. My favorite songs are “Lounge Act” or “Come As You Are”. I couldn’t pick just one song.

blonde – Frank Ocean : It would be a crime if I did not include Frank Ocean on my list. Blonde earned a spot on my favorite albums, and it deserves it’s spot. Generally, I find it hard to believe that anyone dislikes Frank Ocean. I have consistently listened to this album through four years of high school, and it never gets stale. My favorite song is “Self Control”.

Attack on Titan: I used to hate anime and call it all weird until my friends forced me to watch this show. I understand where the hate comes from, but this show is genius. Never in my life have I been hooked on a show like this. The storytelling is amazing, and the plot twists always keep me guessing. This is a show that makes you think, and it even has moments where you question your moral code. Please check this show out.