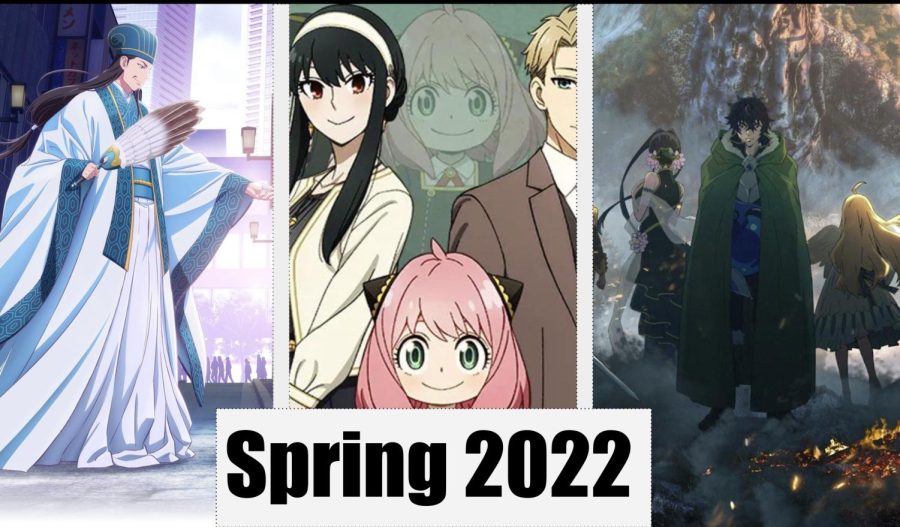 Since the drought of anime caused by 2020, we haven’t had one bad season of anime, and this spring simulcast was taking notes. Even after the insanity of last season with juggernauts like Demon Slayer and Attack on Titan, a show has still found a way to take the spotlight. I’ve been looking at three particular anime this season, and their developments have all certainly been interesting.

This is the show everyone’s been talking about, and for good reason. It’s a known fact that slice of life is infamously tedious, especially from a medium as saturated as anime. This makes it all the more impressive that this series made a huge splash on, not just the manga scene, but also the wider anime audience. Spy X Family doesn’t look to be doing anything differently though, so how has it gotten so popular?

Amidst a mission spanning the entire country, renowned spy agent Twilight is given a mission; form a family under the Forger name and infiltrate the acclaimed school, Eden Academy. Little does he know, his temporary wife, Yor, happens to also be a secret assassin. To make matters worse for him, their adopted kid has the ability to read minds.

This concept is certainly unique, but is obviously not enough to rise to the top of this industry. The reason for its rise is taking this absurd idea, and executing it with pinpoint precision. The likable cast and unique premise make this show the must watch of this season, but not the best one this spring.

If I were to say what show I was hyped for this season, Shield Hero would’ve undoubtedly been my answer. The action and story were a fresh take on the over saturated Isekai genre when it first came out. Unlike most of his kind, the protagonist here starts off in a rough spot. The entire first season follows Naofumi as he attempts to enact revenge on the people who wronged him when he arrived in this world. His trek to accomplishing his goals, as well as the methods he takes make for a brilliantly told underdog story in a genre full of power fantasies.

Therein lies the problem with this season though, Naofumi accomplishing his goals. The second season doesn’t have much purpose now with the revenge plot tied up at the end of the premier. With shaky animation, outdated characters, and a finished plot, Shield Hero only serves as this season’s biggest letdown.

The great Chinese strategist, Zhuge Liang, is reincarnated into modern day Shibuya after, on his deathbed, wishing to see a world filled with peace. The hustle and bustle of the modern nightlife leads the strategist to find the world of music. He decides to become the manager for Eiko, an aspiring musical star, after becoming awestruck with the feelings behind her music.

Now in all honesty, these ideas shouldn’t work. A Chinese tactician helping a star rise in the idol world is an already eccentric premise, but also backing it is my least favorite genre in anime, Slife of Life. Somehow though, this show is the big sleeper hit of this Spring Season.

The two biggest draws of this show are the music and the characters. The relationship between Eiko and Kongming maintains a good balance of the wholesome support a sponsor should give, and the slightly chaotic energy a 2000 year generation gap should provide. The other part is the music. This is some of the best music I’ve ever seen depicted in an anime. The fluid movements and great vocal performances show the emotions behind each song. This show even does the impossible, make a rap sound and look believable in an anime.

Conclusion:
This Spring is a slower season, but definitely not bad. Looking past the three shows that I’ve looked at reveals many others that have their own merit. Ya Boy, Kongming and Spy x Family are still the highlights this season though, and will likely live past this current simulcast.