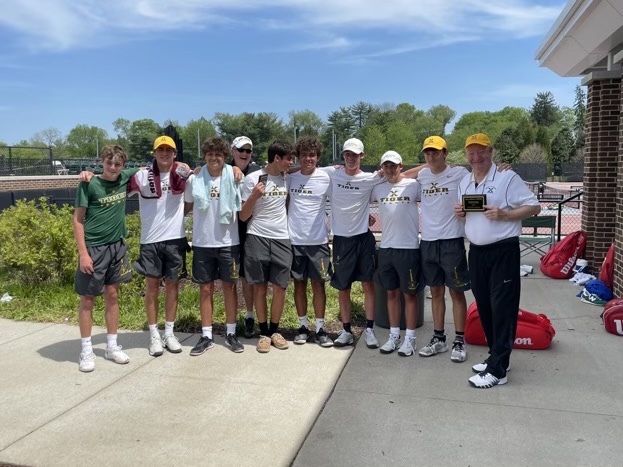 The tiger tennis team’s season is well underway and there have been some great things to take away so far. The team is currently 12-2, both losses being to McCallie, from Tennessee, and so far the team is undefeated in the state of Kentucky. They also came in second in the Chattanooga Rotary Tournament (two draws and three back draws).

Tiger tennis has some exceptional wins to teams such as North Oldham (6-1), Collegiate (5-0), Manual (5-1), and a season opener to Trinity (5-1). The team has been able to be very consistent and tenacious in all of their games this season which is essential for great teams.

It can be difficult for a team to not become stagnant during the season. The Tigers have been taking all necessary precautions to avoid this by staying focused on their end goal.

“We will continue to improve by staying focused and keeping our practices intense,” senior Ty Bush said. “It’s often easy to start to slack off a little mid-season, but we hope to keep the same energy until state ends.”

In their last out-of-state tournament, the Carter Invitational in Nashville, the Tigers achieved second place. Eli Stephenson won first in the singles division, and later teamed with Ty Bush to win the doubles flight, as well. Ty Bush, Walker Bush, and Chris Kaufman won their back draw matches, and Conner Brewer and William Lewis won their main draw matches. 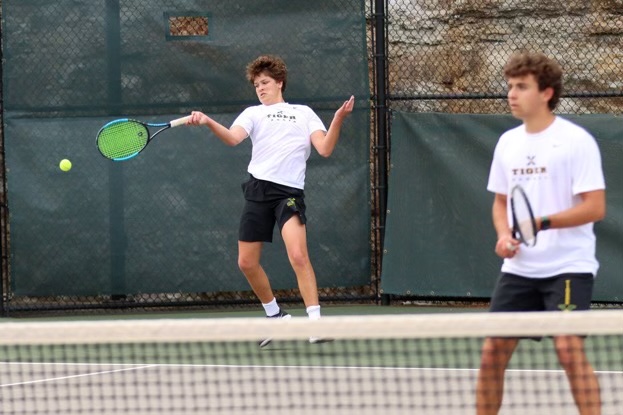 As the State Tournament inches closer and closer, the Tigers have fantastic odds of victory. Undefeated against Kentucky opponents, the Tigers currently exhibit championship potential coming into May.

“We’d like to win State again, along with a singles and doubles individual title,” Bush said.

As the season comes to a close, be sure to keep a close eye on the Tigers’ State Championship goals.