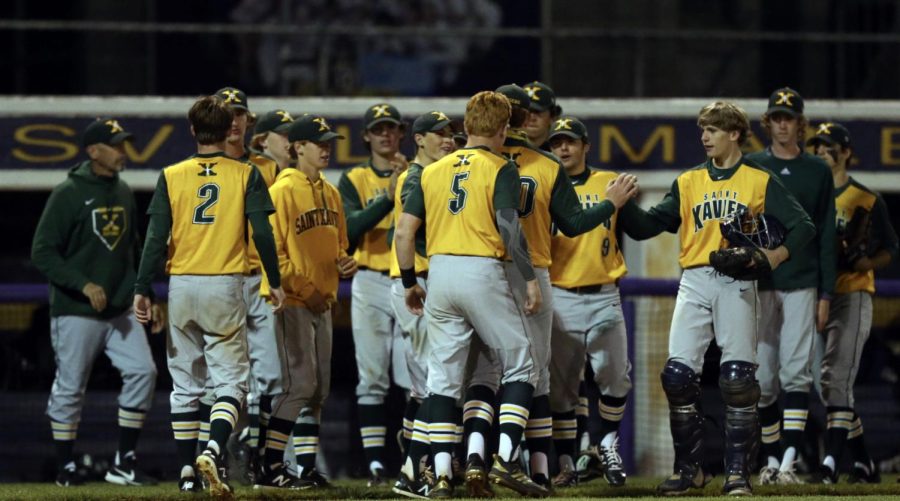 Tiger Baseball’s Call to the Cage

The Tigers take on the Rocks in baseball Wednesday, April 27, and they need our support! This is a massive game for St. X as they play in a top three matchup in the state. These two heavy hitters have more on the line than just rivalry records and bragging rights.

St. X has had a very successful season so far with a 20-4 record. This is never an easy task, especially when playing some exceptionally talented teams. St. X recently just beat Brother Rice–a top ten team in the nation—in back to back games. The first of the two ended with a 400 ft. bomb to dead center by Jake Bennett, and the second game was a 1-0 shutout victory thrown by Ty Starke.

The latest rankings have St. X at third and Trinity ranked second with an 18-2 record. These are two of the top three teams in the state of Kentucky, and one of the greatest rivalries in high school sports.

There are many reasons to attend this epic showdown, but don’t just take my opinion, take the opinions of the players:

“Everyone should get out to the cage tomorrow because 1: it’s St. X/Trinity and who doesn’t love a St. X/Trinity game and 2: you get to be in the batting cage screaming like a wild animal. The impact students can have on this game is astronomical. The louder we have the cage the more attention the opposing team will give you. It’s just human nature. We don’t need them to be distracted to win, but it definitely won’t hurt our chances any if they are. Get to the Cage!” — Cooper Smith

“St. X hasn’t played Trinity at home since 2019, which was also the last time the varsity team beat Trinity. I remember the game vividly because the student section played a huge role in the game. In baseball, the Cage gets a unique opportunity to get personal with everyone on the field, personally fire us up, and get in their heads. Be there, bring the energy, and watch the beat down.” — John Paul Jardina

“Seeing the stands packed with fans, especially the Rage Cage, instills a great feeling inside all of us. On the field, we feed off the energy brought by the fans, and allow that to fuel our success. As a team, we can create our own energy and momentum, but with the added support of those in the stands, we are certainly a force to be reckoned with.” — Jake Bennett

The Tigers are hot right now and are looking to dominate Trinity on Wednesday. You won’t want to miss this game—it’s one of the biggest matchups of the year. By all means necessary, get to the Cage!