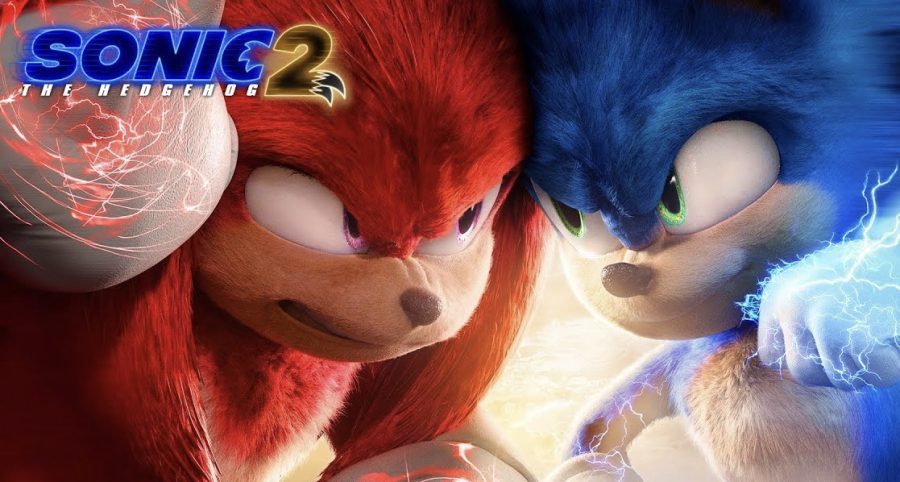 Sonic has slowly lost steam since his 16bit days. Sonic 06, Sonic Boom, Sonic Forces; the recent quality of Sega’s media has definitely been lacking. Recently, a silver line appeared. After the change made to the hideous abomination pretending to be Sonic in the first trailer, nothing but good has come from the Sonic movie franchise.

“Sega does what Nintendon’t”… during the previous console wars, Sega used this motto to describe themselves and proved what they said with the blue blur. Each iteration of Sonic lives or dies based on if it can get not only his trademark speed, but also his witty charm. Lucky Paramount Pictures followed the example of Sonic Mania when the first movie was released but the second one was a whole new hurdle, Knuckles.

Knuckles is a stoic… knucklehead who’s practically been bullied out of the main cast. The recent focus on his stupidity rather than his ignorance makes it hard to find an example of a good take on Knuckles. Paramount once again avoided the pitfalls that other newer Sonic media has fallen into. Surprisingly, the Knuckles in Sonic 2 seems to be heavily based on the version from Sonic X, which I think is the best interpretation of him and a welcomely obscure one.

Besides Knuckles and Sonic, there is another pillar of the main trio that makes up the cast of this film. Tails has been a staple of Sonic since the beginning as Sonic’s best friend. Here, Paramount’s movie does fall flat. Tails is once again a mirror of himself from Sonic X, acting as an engineer nerd, but lacks a lot of his charm because of a strange introduction and unnecessary role. Unlike in the past, Tails isn’t Sonic’s friend immediately and is instead a fan of his from across the galaxy. His whole shtick doesn’t mesh well with the main theme of Sonic Vs. Knuckles and feels more in the way than anything. Him being the engineer is also overshadowed by the last pillar of the Sonic series, Eggman.

The duo of the knucklehead and the egghead is one that stands the test of time and is as good as ever here. Dr. Robotnic is still easily the best part of the Paramount movie series. His insane mechanical schemes add a huge layer of fun to the plot, and Jim Carrey’s performance is just as good as the first movie. Eggman isn’t afraid to steal the show, and his last stand is needlessly flamboyant in the best way.

I don’t think that Sonic 2 is the best movie ever made or even close to that. It has numerous problems and leans a bit too much into “for kids” rather than “for everyone., but it’s still a great flick. Sonic 2 is hopefully the beginning of many meaningful and impressive movie adaptations of games.