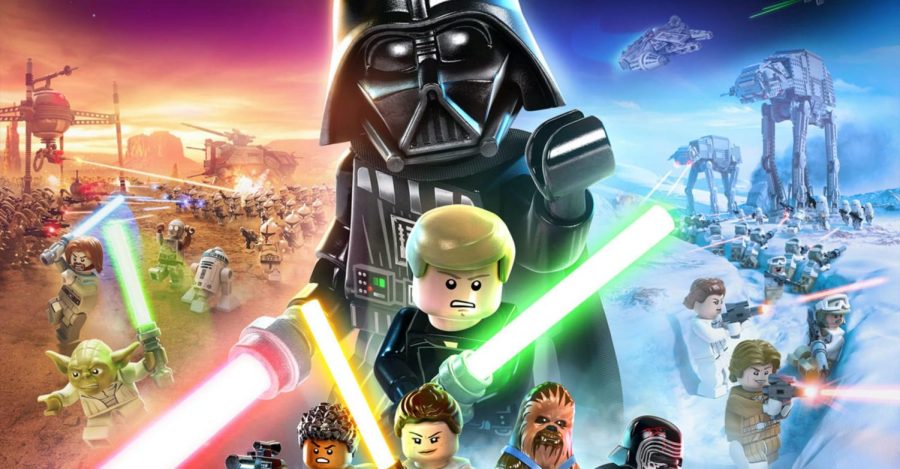 Lego Star Wars: TCS was TTGames’ best product and what better to top that then the newest and greatest Lego Star Wars game: the Skywalker Saga. I’ve experienced very little of the Star Wars craze, but I did play through TCS as a kid. Most of my knowledge of this galactic enterprise comes from memes, but that may be more useful than you think.

Skywalker Saga is a fan’s paradise. This game is large, as it retells all nine major movies from the Star Wars series. Every movie seems to be faithfully adapted in the Lego game’s comedic charm. Scenes like the high ground scene are remade in a manner very reminiscent of the style of the TV show Robot Chicken. Each movie is told through five linear missions that take you through almost every major event and scene in the original movies.

The main appeal of Lego Star Wars is usually the comedic twisting of the movies, but for me it’s the world. Between the larger story missions are segments where you get to explore expanses of many different planets. In these mini open-worlds are an ocean of collectibles ranging from the 1000+ Kyber bricks, to the 380 unlockable characters. There is a massive 23 planets to explore and multiple different places in each to explore. The best area was easily Hoth, as it is the best planet. Tatooine  is an example of multiple areas in one planet, because it’s shown in multiple movies.

As is apparent, everything in this game is big. The roster of 380 characters lets nearly every Star Wars character you can think of be playable. Darth Vader, Jar-Jar, Enfys Nest, even cryptids like No-Bot are given a spotlight. There are also different costumes for some characters that show them at different stages of their journey like Tatoinne Luke Skywalker, turning into Last Jedi Luke Skywalker.

Besides the fanfare,  TTGames also perfected another aspect of Lego Star Wars: its gameplay. Since it is a game made for kids, the combat and puzzles are never hard (well, except for their quantity), but it is still very satisfying to play. Shootouts and swords have been vastly improved with the closer camera features here. The flying sections are also a treat. With 74 different ships, you can enter into the space around planets and do tasks like taking out an enemy force or racing another ship.

Lego Star Wars: The Skywalker Saga is an adaptation done right. Even the atrocious new trilogy is made better here, though still isn’t great. Its hard to say that The Skywalker Saga is the best game to come out this year, as it is still held back a bit by its kid’s game moniker, but it will definitely be a game to remember. It’s a game focused on fun and definitely delivers.