2022 Oscar Nominees; What St. X Students Would Have Picked 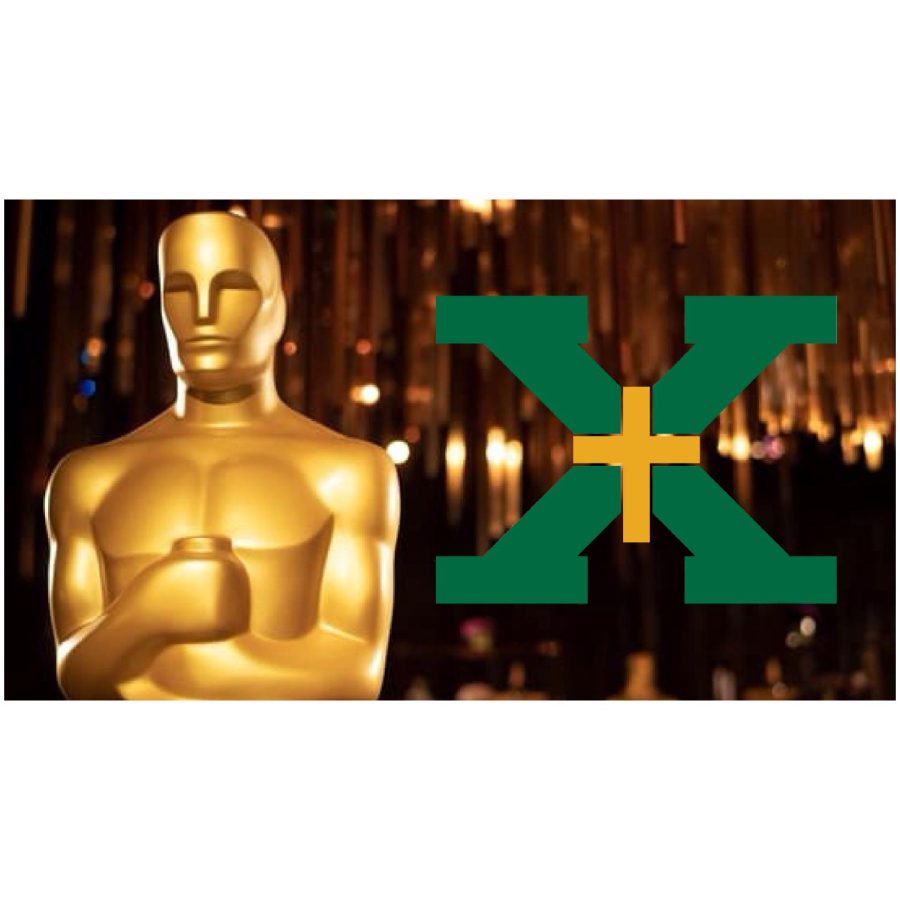 The wait is over! So many great films came out this past year, and it’s finally time to honor the best of the best. On the morning of Feb. 8, the nominations for the 94th Academy Awards went live, and as always, the list is chock full of incredible films and talent. Of course, each category can only have one winner, so let’s take a look at the nominees and sort out who some of those winners may be.

ACTOR IN A LEADING ROLE

As you can see, the lead actor category has some real powerhouses, none of whom are unfamiliar with Academy nominations. This announcement marks the tenth individual Oscar nomination for Denzel Washington, and it could mean his third win (Best Actor ’02, Best Supporting Actor ’90.) For Javier Bardem, this is the fourth individual nomination, and he won Best Supporting Actor in 2008. This is Will Smith’s third Best Actor nomination, and he has yet to win one. As for the Brits, Cumberbatch and Garfield, this is the second individual nomination for both of them, with both of them hoping for their first win this year.

ACTRESS IN A LEADING ROLE

Now for what is arguably the most anticipated award: Best Picture. Belfast, a film about a family in Ireland during The Troubles is a strong contender, having earned seven Oscar nominations total! The Apple TV+ film “Coda” has an impressive three nominations, and the provocative comedy/social commentary “Don’t Look Up” has scored itself four nominations. The long-awaited “Dune” film has racked up an incredible ten nominations, and “King Richard”, the story of the upbringing of Venus and Serena Williams under their father, has four nominations. Meanwhile, “Licorice Pizza”, a quirky coming-of-age story set in the 1970’s is riding smooth with two nominations, and Guillermo del Toro’s newest thriller “Nightmare Alley” has four nominations. Tailing some of the most nominated films of all time, “The Power of the Dog” is leading this year with an incredible 12 nominations. Finally, Steven Spielberg’s “Westside Story” remake is celebrating seven total nominations.

In order to figure out what makes a movie great, I sought out expert information and visited the Academy Museum in Los Angeles. I went through every exhibit in the facility, and I now have a much greater appreciation and understanding for the fine points of cinema. Scripting, blocking, setmaking, costume design, camera work, sound design, location scouting, lighting, directing, editing; all these things and more come together to form the invisible art of cinematography. And to create a movie that is truly worthy of best picture, all of these spinning wheels must function together as one to create a consistent story and impactful message.

Though all those things coming together create a powerful film, a movie doesn’t need all that to be “good.” Sometimes, a movie is just entertaining, and that’s okay! There will always be a place in film for the important stories and revolutionary artistic works, but that doesn’t mean a movie needs all that to have value.

With all this in mind, I couldn’t help but wonder: what kind of films did the people of St. X enjoy last year? To get to the bottom of this, I sought out some fellow tigers to see which films and performers really impressed them this year.

By and large, the favorite among St. X students was “Spider-Man: No Way Home.” With how much younger generations love Spider-Man, and the coming together of three iconic portrayals of the character within this film, it’s no surprise that this movie was a hit with high school audiences. Many people (shoutout Martin Scorsese) may say that formulaic comic book action-blockbusters aren’t artistic or innovative enough for categories like best picture, but it seems that most teenage audiences take a more subjective approach to best picture, just basing it on what they enjoyed.

Other than “Spider-Man”, favorites included “No Time to Die”, “Dune”, “Power of the Dog”, “Luca”, and a few others. Hardly any of the films that were favorites among students actually appeared as best picture nominees, which isn’t really surprising when you think about it. A lot of younger people really only go to see movies that are hyped up like marvel blockbusters or absurd comedies, and often miss out on the less mainstream flicks. Especially with the rise of streaming, it seems most people don’t even know when the movie they are watching came out. Most people that I inquired for this article had to look up what movies were even released in 2021.

So, in the end, it seems that most students here at St. X feel that the quality of a movie is subjective, and perhaps this says something about the current state of the Academy. Perhaps the Oscars have become a bit too pretentious? All we know for now is that it doesn’t seem likely that any formulaic superhero franchise films or silly comedies are going to be snatching best picture nominations anytime soon.