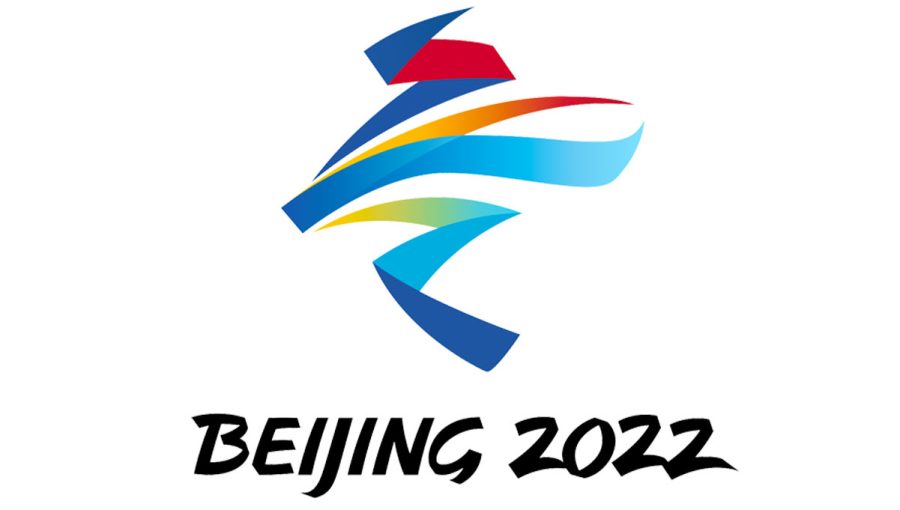 A Look Back at the 2022 Winter Olympic Games

The 2022 Beijing Winter Olympic Games, in typical Olympic fashion, was a thrilling event that kept eyes glued to the television all over the world. Records, expectations, and sadly, a few hearts, were broken. Through triumph and tragedy, this year’s Olympians have brought their sports to new heights, holding nothing back. If you missed out on the games this year, don’t fret; here are ten of the most important and memorable Olympic moments of 2022.

10. The Elder Stateswoman of Speed Skating

German speed skater Claudia Pechstein became the oldest female winter Olympian at 49 years of age during this year’s games, proving that athleticism is not limited to the young. She didn’t take home any medals this year, but in her eight Olympic Games, she has earned a total of nine medals. Also, two days after the games ended, on Feb. 22, she celebrated her 50th birthday! Congratulations to this skating legend.

Japanese athlete Kaishu Hirano may not have won a medal, but he broke records with his 24’4 halfpipe jump. Meanwhile, his older brother Ayumu Hirano took home gold in men’s halfpipe, marking the first gold for Japan in that event. It must have been great for them to be able to share those Olympic moments together. Both athletes are still young, so I’m sure we will see many incredible performances from them in the future.

After five Olympic Games, Shaun White has finally decided to retire from Olympic competition. The icon of snowboarding may not have won any medals this year, but he’s still going home as the most decorated Olympic snowboarder ever, having won three gold medals at past Olympics. Shaun White’s departure from the Olympics marks the end of an era, but we will no doubt see young athletes who were first inspired by his talents competing in years to come.

7. First Gold for the Kiwis

Snowboarder Zoi Sadowski-Synott made history with the first ever Winter Olympic gold medal for New Zealand. She earned her gold in the women’s slopestyle event, along with a silver medal in the women’s big air event, making her the first NZ athlete to also win multiple medals at the Winter Olympics. With a performance like this, she’s no doubt returning home to a proud nation, and she may very well be the catalyst for the next generation of winter athletes from New Zealand.

American snowboarder Chloe Kim hasn’t slowed down one bit since we last saw her as the breakout prodigy in Pyeongchang four years ago. In 2018, she became the youngest woman to ever win gold in halfpipe, as well as the youngest woman to ever land two 1080-degree spins in a row at the games. Kim, now 21 years old, took home gold in the women’s halfpipe snowboarding event for the second Olympics in a row, cementing her place as the champion of the trade.

Eileen Gu is among the biggest stars coming out of this Olympics. The American-born skier competing for the Republic of China took home three medals in a single Olympics, the most out of any action sports athlete in history. She earned gold in both women’s big air and women’s halfpipe, along with a silver in women’s slopestyle. Her rise to stardom hasn’t come without controversy, though, with many fans criticizing her for competing for China, the birthplace of her mother. She is, of course, not alone in this decision, with many athletes throughout the history of the games competing on behalf of countries they weren’t born in. At the end of the day, I don’t think it should matter who she competed for; fans in both China and the United States should be proud of this astonishing athlete.

4. A Champion Adds to Her Collection

Dutch speed skater Ireen Wüst is officially the first Olympian to win individual gold at five separate games and is the most decorated speed skater in Olympic history. She also has more Olympic medals than any other Dutch athlete. This year marked her sixth gold and first bronze. In total, she has six gold, five silver, and one bronze. Hats off to the GOAT!

Nathan Chen came into this Olympics after an upsetting underperformance at the 2018 Pyeongchang games, but he didn’t let that define him. I remember watching him four years ago, earning bronze in the team event and placing 5th in the men’s individual event. Like many viewers, I was anxious watching his return to the Olympics. Coming into the games, expectations were high, as he had been the US National Champion and World Champion every year (excluding the 2020 World Championship, which was canceled) leading into the games. The American figure skater not only lived up to expectations this year, but he far exceeded them. To start off, Chen broke a personal record, scoring 111.71 in the men’s short program portion of the team event.

Following the United States’ silver in the team event, Chen went on to not only break his personal short program record he just set, but he also broke the world record for men’s short program with an incredible score of 113.97. Going into the free skate as the leader, Nathan Chen was being watched by millions of people the whole world over as he closed things out as the final performer of the event. Skaters were going all out, giving it their all to try and push themselves to the podium, and taking some major falls along the way. Finally, Chen stepped on the ice. I was on the edge of my seat, praying that he would absolutely nail his routine like everyone knew he could. And what happened next… perfection. Performing to a medley of Elton John’s music, Chen put his heart and soul out on the ice, and it was clear he was winning before he had even finished. He gave an unfaltering performance (my favorite skating performance I’ve ever seen), adding evidence to the widely shared opinion that he’s the best male skater in the world, and finally earned his place as Olympic champion.

2. The Sweetest of Victories

Erin Jackson and Brittany Bowe’s story is one of the most heartwarming and inspiring Olympic success stories of all time. Jackson began racing on inline skates at age nine, and didn’t start skating on ice until she was 24 years old. That was in 2016. Today, she is an Olympic champion. Not only is she the first black woman to make the US team in long track, but she proved she deserved her place, winning gold in the women’s 500m speed skate, breaking barriers by becoming the first black woman to win an individual gold medal at the Winter Olympic Games and the first American to win that event since 1994. To make this story of triumph even more incredible, even though she was ranked #1 in the world, Jackson underperformed at the qualifiers, placing 3rd. In an unfathomable act of generosity, the first place qualifier, Brittany Bowe, gave her spot in the 500m to Erin Jackson. Bowe and Jackson are both Ocala, Florida, and were at the same in-line skating team back in the day, so they’ve known each other for many years. Luckily, Bowe got to compete this year as well! She skated in the 1000m and 1500m events, and, as it turned out, the U.S. actually went on to pick up an extra slot in the 500m, so she got to skate in the event she gave up her slot for after all! Bowe went on to earn bronze in the women’s 1000m speed skate. So, at the end of the day, the United States got a champion speed skater, a champion of kindness, and a heartwarming connection between the two. Congratulations to these incredible athletes.

1. History and Heartbreak on the Ice

Shocked. That’s how I felt when I heard that Kamila Valieva had tested positive for a banned substance. Only a day before, I had watched the 15 year old Russian guide the ROC to gold in the team event with a history-making performance, landing the first quads ever performed by a female in Olympic competition. But before the medal ceremony could begin, it was delayed. Later, a test from a while back was released, revealing that Valieva had tested positive for trimetazidine, a medication that helps with blood flow and oxygen usage. Shortly after, the legal discussions began. The medal ceremony was pushed back indefinitely, and even now, it’s possible that Russia could lose its gold in the event. Ultimately, to the surprise of experts everywhere, Valieva was allowed to perform in the individual event. The reasoning behind the ruling in her favor was essentially that as an individual under 16, she is considered a protected person under guidelines, and that there wasn’t enough time for a full investigation, so she could be truly innocent, and barring her from the competition would cause “irreparable harm.” Initial predictions for the women’s singles event showed a full podium sweep by the Russian Olympic Committee, but nobody really knew what to expect with the emotional turmoil and controversy that was still at a rolling boil. What we did know was that if Valieva made it to the podium, there wouldn’t be a medal ceremony that night, due to her doping case. But in the end, it turned out that that wouldn’t be an issue. In a devastating performance, Valieva took multiple hard falls, landing her a spot in fourth place. The victor ended up being Russian skater Anna Shcherbakova, who gave a beautiful performance that night, also landing some of the first quads by a female at the Olympics. Second was taken by the Russian Alexandra Trusova, who landed a jaw-dropping five quads, but didn’t earn gold due to her lower component score leaving her just a few points behind Shcherbakova. The underdog here was Kaori Sakamoto, who earned a bronze medal in the event, despite not being expected to land a spot on the podium.

Kamila Valieva was, expectedly, upset. What wasn’t expected was the heartbreaking display in the aftermath of the final scores being announced. Not only was Valieva sobbing, but Sakamoto was in tears, Trusova was breaking down, and Shcherbakova, the Olympic champion, was left alone as coaches hustled around her, trying to calm her fellow skaters.

It seemed that the stress of the past few days had gotten to everyone, and the unexpected results and uncertain future had proven too much for even the toughest and most talented athletes. Alexandra Trusova was seemingly infuriated with the results, having placed second despite her risky and record-breaking five quads, initially refusing to go to the podium. Shcherbakova was silent as chaos ensued around her. It’s still a bit uncertain whether Sakamoto’s tears were shed out of joy or as a result of the stressful situation, but it’s nice to know that the team from Japan will get to celebrate.

Overall, it’s just a shame that the Olympics had to be overshadowed by this controversy. It’s uncertain how the future will play out for Kamila, but fans everywhere are hoping for the best. Thankfully, the three medalists all performed at the exhibition gala before the Olympics fully closed out, so it seems they’re moving past the drama of the finals. I wish all these skaters the best going forth, and I congratulate them all on their exceptional performances.

So, those are my top ten moments of the 2022 Olympics. All in all, I was really impressed by this year’s games, and found myself fixated on the screen quite often, excited to see how events turned out. Sure, there may have been a bit of drama, but in the end, we got to see some of the world’s top athletes at their best. For anyone curious about the final scores, click here to see how the games turned out.