Friday, Feb. 18 — The Tigers tested the water early Friday morning and didn’t look back. Now, one of the most impressive title streaks in all of high school sports is extended to a 34th year. 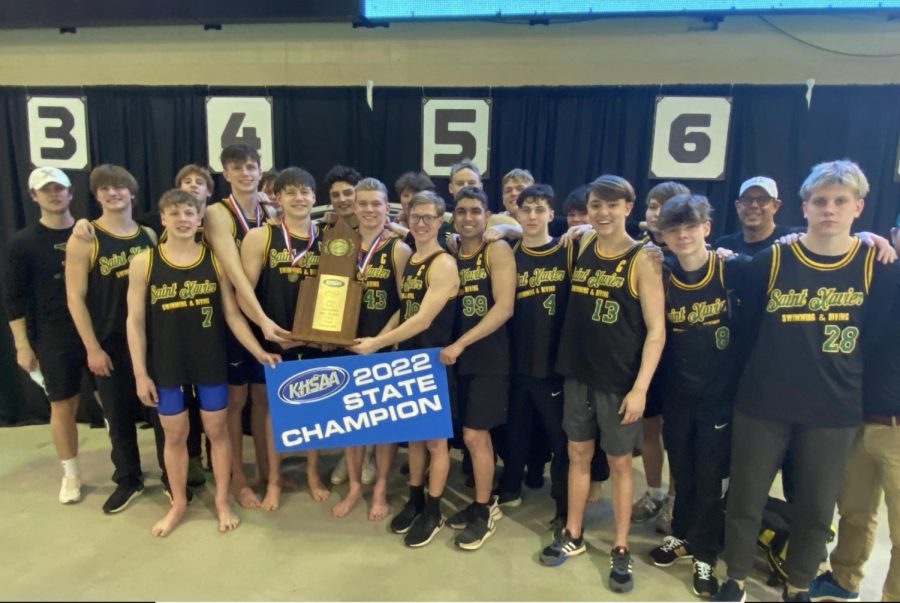 One of many headlines of the Tigers’ victory at the state meet was the fact that Charlie Crush, Will Scholtz, Lucas Thomas, and Johnny Crush snapped the 200-yard medley relay record with an outstanding 1:28.14 time.

Junior Texas commit Will Scholtz commented on the team’s record breaking performance saying, “I felt so accomplished in the moments where I touched the final wall and looked up to see another state record.” Scholtz was involved in four record breaking events, two of them being individual records (200 individual medley and the 100-yard breaststroke), and the other two being the 200-yard medley relay and the 400 freestyle relay.

Head Coach Todd Larkin has now won his 13th consecutive titles at St. X. He’s coached a lot of special teams, but he explained that this team was one of a kind due to, “…their mental toughness. They battled through some adversity at the beginning of the year and refused to compromise our core values.”

After this tremendous season, the Tigers will be losing multiple key swimmers on the team, including two of the four members in the record breaking 200-yard medley relay race (Charlie Crush and Lucas Thomas). Jack Anderson commented on his time in the Tiger swimming program saying, “being able to represent St. X at the high school meet for the past four years has definitely been a special experience.” Anderson’s last time in the pool in a Tiger cap was Friday.

However, the mindset heading into next swim season still remains the same. Scholtz stated, “The mindset will always be the same for as many years as I swim at St. X, and it is to keep looking forward and improving. This mindset is the only way to reach my goals as well as the teams, and it must be upheld if we want to keep on having success at this level.” 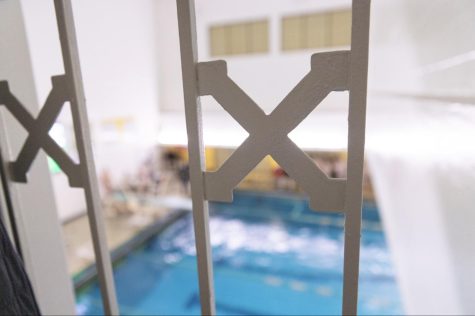 The Tigers’ historic swimming legacy is now adding another trophy to the case, but the team is still wanting more. Scholtz commented on the legacy saying that, “…looking back on all those years we have won, it gives us a sense of duty to keep upholding the streak and era of success.”

On a much less formal note, congratulations to all the swimmers and divers on yet another title being brought home to Tiger Tech. As of now, the team has four D1 commits/signees in the senior class — Jack Anderson (Notre Dame), Charlie Crush (Louisville), Lucas Thomas (Auburn), and Isaac Wilson (IUPUI) —,  and that goes to show how talented this program is. The title streak is truly astonishing, and knowing all the work Coach Larkin, the swimmers/divers, and the rest of the coaching staff puts in, it is definitely earned.

Coach Larkin touched on the senior swimmers this year, saying, “The senior leadership was a driving force this season. Their actions set the tone and they met all expectations. You graduate from St. X, but you never leave the tradition, it stays with you always.”