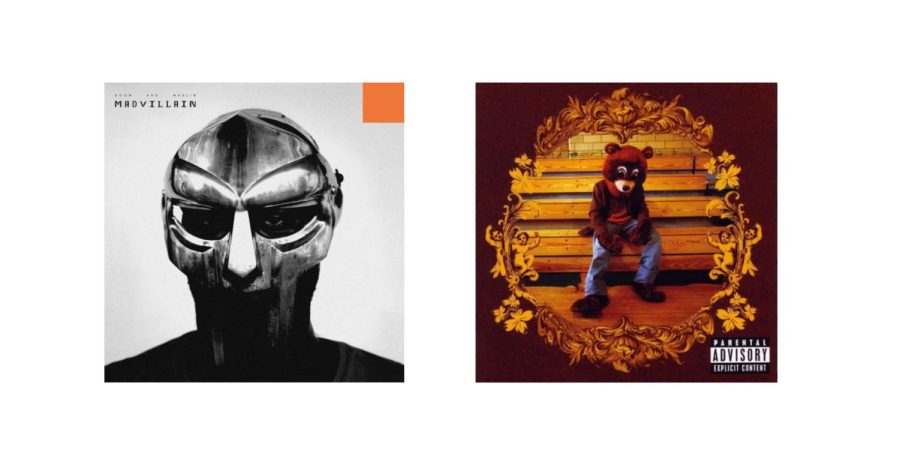 A short Thursday ends a short week, but Joey and I are dedicated to bringing you fine people the greatest music that’s graced our ears. This week’s topic is music from the years we were born. Having both been born in 2004, we had a massive library of amazing music to browse — these are our picks.

Every track on Madvillainy is a solid pick, but “Supervillain Theme” stands out to me every time I listen to it. It is purely instrumental, with a short yet satisfying runtime, and is a smooth listen all the way through. Like the title states, this song sounds like a theme song for a comic book film or show, with its intense electric guitar and drums, it feels straight out of a Saturday morning, bowl of Frosted Flakes in hand and Cartoon Network on the television. This song feels nostalgic in the best way possible, serving as not only a reminder of early 2000’s hip-hop, but the childhoods of many Millenials and Gen Z’s with cartoons like Thundercats, Teenage Mutant Ninja Turtles, Teen Titans, and reruns of shows like Spider-Man and His Amazing Friends. With MF DOOM’s passing over a year ago, revisiting his projects and concept albums has been quite the trip for me, and it is one I do not regret. DOOM is one of my favorite artists because of his creativity in all aspects, his rhymes, stories, collaborations, and his signature style of experimental hip-hop all bring so much to the table from his over 20-year career. This song is a definite listen for anyone into hip-hop and early 2000s rap.

Joey – “Through The Wire“ – Kanye West

“Through The Wire” might be one of the best Kanye songs of all time. The backstory behind this song is crazy, and is often overlooked. Kanye got into a horrible car accident that nearly took his life. However, he survived and shortly after recorded this song. Kanye had to have his jaw wired shut, and was forced to rap through a wire (giving the name of the song). Besides the backstory, the song itself has a great feel. When people say they “miss the old Kanye”, they are referring to these types of songs. The catchy soul beat is one of Kanye’s best, and whenever I listen it gets stuck in my head for the rest of the day. Overall, one of my favorite songs, and you should check it out.