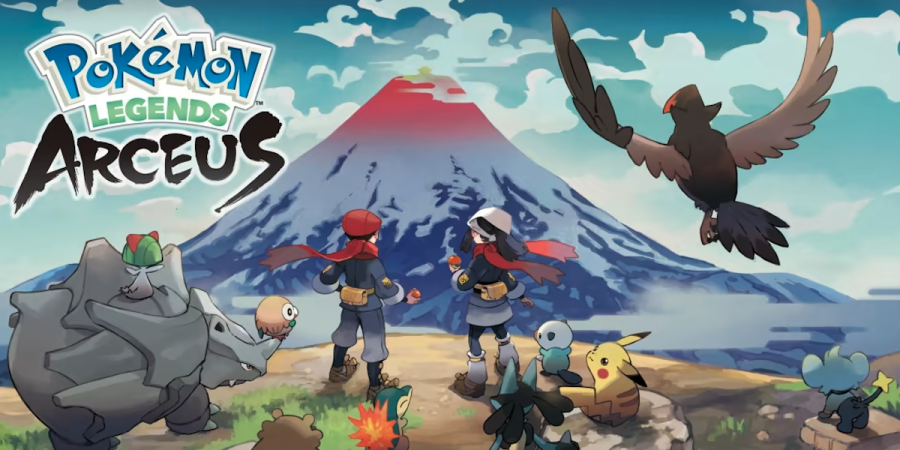 Recently, Pokémon has felt quite strange. Despite being the largest franchise (well, ever) the games recently have been lackluster in many ways. This year, though, it seems like GameFreak has finally started to get its act together with the release of Pokémon Legends: Arceus (PLA). How much did GameFreak actually change and has Pokémon returned to its former glory?

Like many games as of late, PLA takes an open world approach alongside some of the traditional gameplay of Pokémon. This game heavily focuses on catching wild Pokémon, exploring open areas, learning about the Hisui region, and (weirdly enough) shiny hunting.

Your goal in this ancient Sinnoh is to meet every kind of Pokémon living in the region. The story that accompanies your quest isn’t the greatest or most profound; however, it is enjoyable for what is typically just an annoyance. Along with the Unovan games, the plot presented here is one of the best in the franchise. It has a unique air surrounding it as well because of the focus change on becoming the best Pokémon battler, to actually “catching ’em all”. 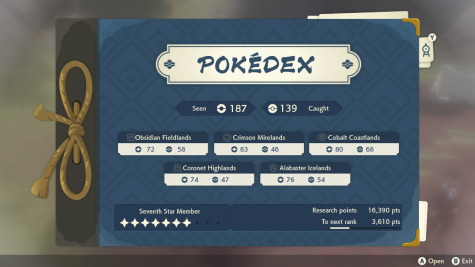 Like previous games, PLA cuts the Pokémon roster; now from 898 down to 242. The lower number of creatures may disappoint some, but it’s a necessary evil and allows for more unique animations for each Pokémon. The cut makes it much more fun and manageable to actually complete the Pokédex. There is a huge number of quality of life changes to accompany the new catching-focused gameplay, including the ability to involve trade evolutions through an item and being able to get every Pokémon using a single file.

Being able to see every individual creature in the over-world  helps to contribute to one of the games biggest feats: making shiny hunting fun. A lot of my playtime has been spent hunting. Shiny odds have had a massive development by raising the odds from 1/4096 up to 1/158 using the outbreak method. 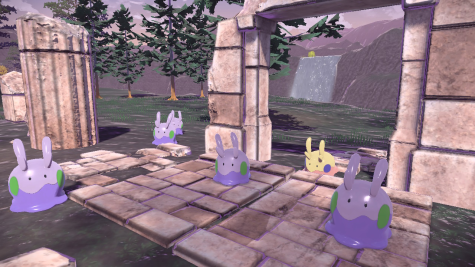 When you complete a new arc in the story, a new big area is unlocked, totaling out to five different open world zones to explore. Discovering the Pokémon’s habits in each of these regions made looking around feel rewarding. The game is extremely fun to play and could probably be the best mainline Pokémon game so far if not for one thing.

The main problem presented with the world of Hisui is that it looks unpolished and jarring. The terrain, performance, and models all look like a game back from the GameCube era. Normally, a game’s graphics don’t mean much when talking about its prowess; however, PLA has its entire style ruined because of it. 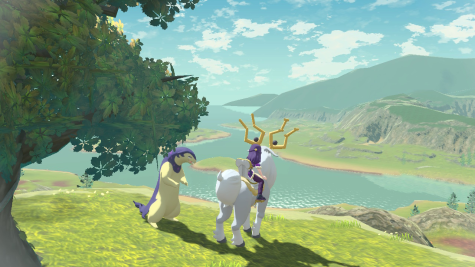 Another downgrade is the battles, which are brought down by the new catching focused gameplay. Battling is a bit more balanced here, but there is a huge lack of any meaningful ones happening. Online battles against other players were also cut which makes grinding during postgame is often less rewarding. The few big battles that happen did show that the new battles aren’t completely flawed. 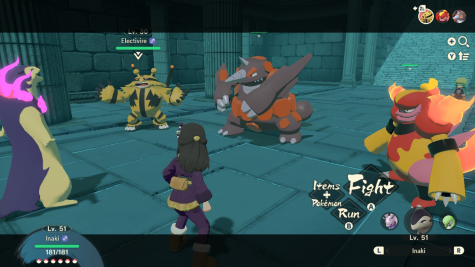 All in all, Pokémon Legends: Arceus is one of the most entertaining takes on Pokémon in a long while. The best aspects of the game can carry the experience, but are held back by a strange lack of online play and the outdated looks of the Hisui Region. Those who value graphics, or just don’t like turn based games probably wont enjoy the experience. PLA is a must play for fans of Pokémon who want a hearty, welcome change.