If you are not familiar with the show “Community”, I am actually jealous of you. What would it be like to watch one of the great television shows for the first time again? Wow, what an opportunity. That is why, hand over my heart, there will be no spoilers in this saga.

“Community” features a lawyer named Jeff who is forced to return to Greendale Community College after the board finds out he has a phony degree. He creates a study group in hopes of scoring points with a pretty girl from class. The study group, of course, becomes fast friends and before they know it they have a true community. 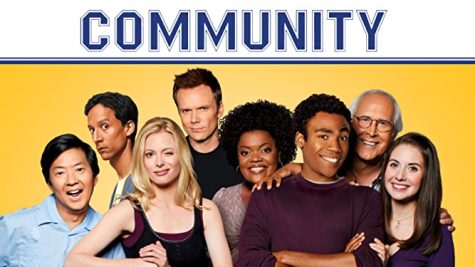 Greendale Community College is packed full of unpredictability and the dean struggles to have any sort of control over the student body. This is most evident in the paintball episodes (my personal favorites). Our recent snow day presented me with nothing to do and nowhere to go, so naturally I turned back to this classic show and before I knew it I began wondering what would happen if war befell the halls of our school. What if St. X became a battleground, the students turned on each other, factions and groups took sides, and teachers lost control? No rules — only chaos.

Imagine: it is the end of the day on a Thursday. Mr. Scheler comes over the intercom to make sure everyone understands the expectation for the next day. For the first time in school history, there will be a paintball game throughout the day on Friday. The rules would be very strict and absolutely no horseplay — that will earn you time in JUG.

The rules are as follows:

The bell rings signifying the end of school on Thursday, no one moves. Not one student is running to their car. The teachers are confused, however, the students are scheming. That prize is something each of them would do anything for. The next day Mr. Scheler comes to unlock the cafeteria door at seven a.m. sharp. To his surprise student are waiting in line, spilling out into the circle. They are wearing camouflage and have their faces painted. They have military-level paintball guns strapped over their shoulders. Mr. Scheler opens the door and is almost trampled as the students rush to set up base.

Before the administration can move, there is an early understanding that this is every man for himself. The bracket is irrelevant. Obvious factions are already emerging. The powerlifting team has locked down the weight room. The racks throughout the weight room are now stocked with ammunition and weaponry. Similarly, all the football lockers have been cleaned out and stocked with artillery. All the football players are sitting in the health room as Coach Walsh is giving an inspirational speech. All the locker rooms have similar scenes. Many teachers are confused; many more however are caught up in the excitement. Party lines are being drawn, the uncomfortable truth in all of this though is there is only one winner.

A period is not like a regular A period. Attendance is officially nine percent. It is well known that students are in fact on campus, however, today is not a school day. Today is war. The 8:00 bell signifies the beginning of a day that changes every day forever. Paintballs are flying. Early losers are sent to the Sterne Gym, and for their protection, they are sent home. St. X is not a place for civilians or wounded men. St. X is now a battlefield. The wrestlers make a strong initial push ambushing the swim team from the overlook deck outside the wrestling room. That of course is on the main building front. Underneath the bleachers, the lacrosse team and the track team are in a true battle. All of the throwers are outed early while the runners flee on foot. As the runners flee to the grass field they are picked off by the baseball team who made the dugouts their home base.

The quick recall team has made the classrooms surrounding the Borders Commons its home. With various lookouts over the Commons, they have an obvious upper hand. No group is better equipped however than the Hack Club. The Innovation Lab has various monitors set up as they have hacked the surveillance system they are aware of everything all over campus. The wrestling team continues to advance through the school. Having taken out the swim team and invading the powerlifters they begin to advance toward the theatre, where the pep band and cast of “Damn Yankees” have teamed up to take dominion over the entire art, music, and theatre wing. The wrestling team decided to flank through both the front and side doors of the theatre; however, the cast of “Damn Yankees” is stationed in the catwalks and wipes out the entire wrestling team.

In an exposition of human faultiness, the factions are beginning to crumble. Friends are turning their backs on each other. The theatre program has totally fallen apart and no one is left standing. The same story for the baseball team, the quick recall team, and the Hack Club. Everyone has turned on one another, leaving only one victor. The victor: a freshman who found a hideout by burying himself underneath the sand in the long jump pit.

Now at 3:00 p.m. as you walk the halls, wet paint covers the floor. As you move into the bathroom you see outlines of bodies surrounding the urinals, of course, these are the fools who thought it might be safe to pee, and were promptly taken out by those who were hiding atop the toilets in the stall. Next, you walk into the Borders Commons, which is pitch black. The huge windows are completely blacked out as they are covered in paint. St. X has been ravaged, war has struck, and one lucky freshman can now get a buff chick every single day; only now, he gets it 15 minutes earlier.