Monday, Jan. 31 marked the grand return of the Poetry Out Loud final competition to Saint Xavier High School. During the long year of adjusting to school life amidst the pandemic, there was a one-year hiatus from the competition held in 2020 where Kevin Sokol came out victorious. The school-wide winner of this year’s competition is sophomore Josh Burge. 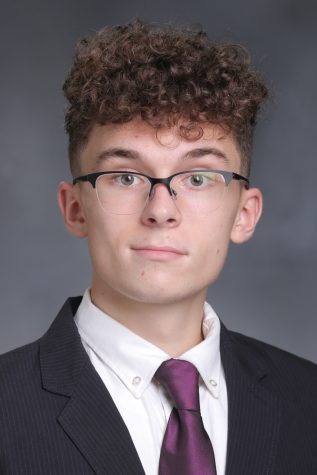 Poetry Out Loud is a national arts education program that encourages the study of poetry by offering free educational materials and a dynamic recitation competition for high school students across the country. Twenty-two St. X English classes competed, and a winner emerged from each class to compete in the school competition.

Over the past two school days, classroom winners competed in a school competition with three winners selected from the freshman, sophomore, and junior classes. Winners from each class level were freshman Liam Whelan, sophomore Josh Burge, and junior Carter Guarino.

In this nation-wide competition, students selected two poems of their choice, memorized them, and performed one in front of their class, and in front of a series of judges from the English department of St. X. These judges included Mr. Stack, Mr. Brockman, Mr. Yochum, Mrs. Logsdon, and Mrs. Tebbe—each teacher from each class that participated.

Once the finalists were chosen based upon the performance of their first poem, they then moved on to the next round, performing the second poem they had prepared in advance of the competition.

In order to achieve this, Burge had a thorough understanding of his poems, “Yellowtail” by Marry Morris and “War Ballad” by Stanley Moss. He chose the correct articulation for each line and word of his poem, effectively used pauses in between lines, and had little to no mistakes in his delivery.

“I find that the best performances come from the students who are most thoughtful about their poem selection,” said English teacher, Mr. Stack. “If the student takes the time to select a poem that is meaningful to them, that can make a big difference in the overall quality of the performance.”

The specific categories on which Burge were judged were voice and articulation, physical presence, accuracy, dramatic appropriateness, evidence of understanding, and overall performance. Into the microphone at center stage, Burge gave an outstanding performance and blew the competition away with the poem.

“My strategy going into the competition would be described as ‘method acting’,” explained Burge. “I researched what the poems were written about, who wrote, them, when they wrote them, and why they wrote them. This allowed me to create a character who would be saying the poem. I thought of their background and their viewpoint.” 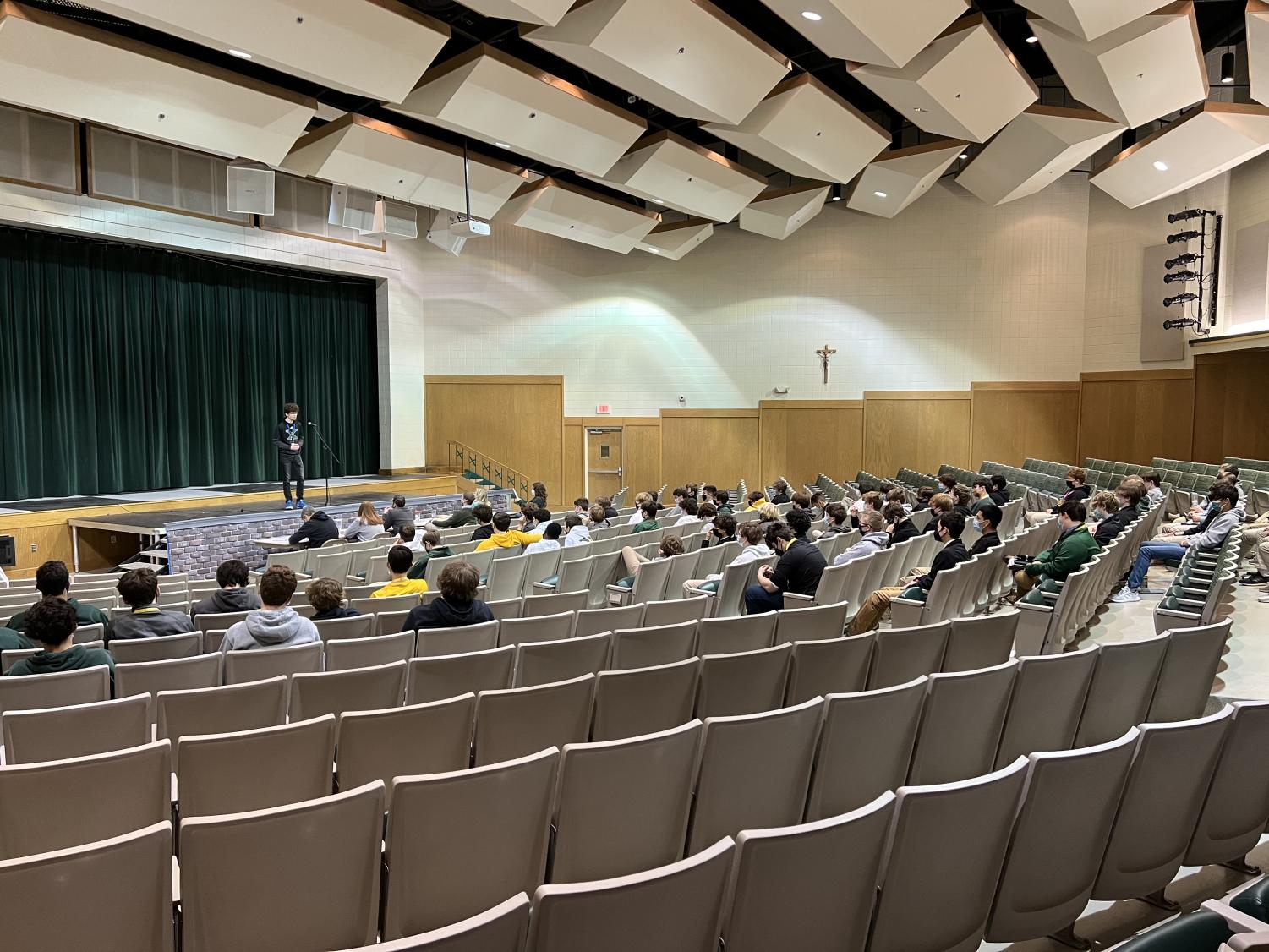 Good luck to Josh as he represents the Tigers at the state competition on the first of March and thanks to Mrs. Logsdon for bringing Poetry Out Loud back to campus!