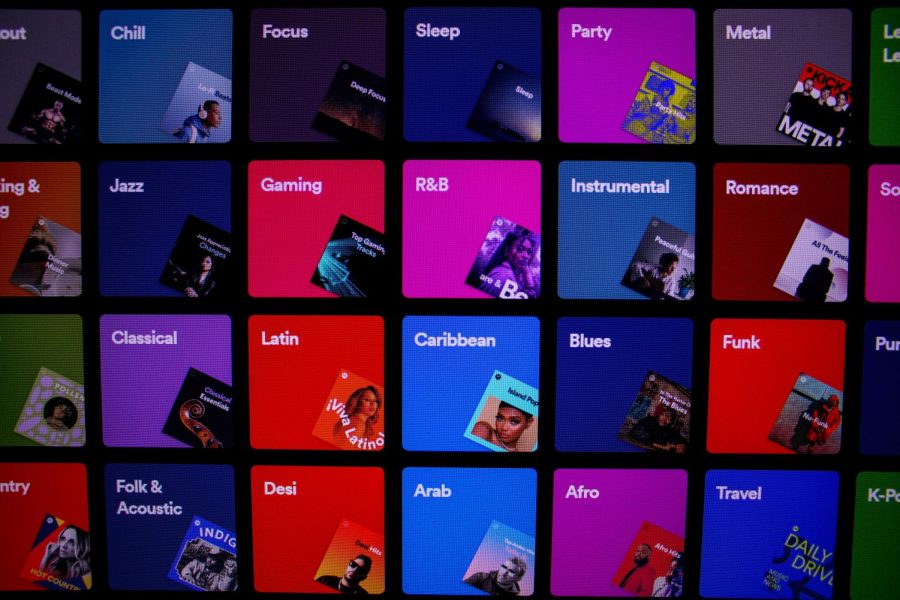 Most can agree that 2020 was a down year for music, but 2021 did not disappoint. Lots of prevalent artists dropped albums this year, and our student body has diverse takes on recent music. I’ve gone around and collected some of these takes from my classmates:

“I really enjoyed the album Macon by Jason Aldean because most of the songs are about heartbreak and getting over someone. Anyone can relate to this, and even I’ve gone through it recently. Songs such as “After You”, “Over You Again”, and “Trouble With A Heartbreak” all include heartbreak. While these songs are good and relatable, the album also features some upbeat songs that I really enjoy listening to. “Small Town Small” and “This Bar Don’t Work Anymore” are perfect driving music. The album has a good mix of sad songs and upbeat ones, making it my favorite album of 2021.”

“It’s calm and sung by a very old man. It also has covers and it’s very interesting to hear different versions of famous songs.”

The Melodic Blue by Baby Keem

“It’s an album made by upcoming star, Baby Keem. His unique style and flow are a refreshing new mixture of sounds. He is the nephew of Kendrick Lamar, an artist considered to be one of the greatest of all time. His album brings in all sorts of emotions and even brings in his personal life — seen in the songs like “Scapegoats”, like when he says, “Flowers on my uncle’s tomb, thousands to my auntie’s too.” The whole album is a start to finish listen, meaning no song is the same, and they are all great. He also features Kendrick in two songs that are both experimental and very popular in “Family Ties” and “Range Brothers”.”

Call Me If You Get Lost by Tyler the Creator

“This album is a victory lap for Tyler, combining all his previous music styles into a singular, coherent collection of music with great storytelling. This album still has not left my rotation and I don’t plan for it to–it is just that good. It covers themes from all over Tyler’s career, from love to fashion and fame to his private life. Call Me If You Get Lost has something for everyone, Tyler fan or not.”

“Lyrically some of the best stuff I’ve ever heard and the melodies he delivered made it hit even harder. It has music that’s upbeat and makes you want to dance, but it also had more serious songs that got me thinking.”

“I love Mac Miller’s music, and this past year a posthumous album of his was released on Spotify. I was told that “Faces” was on other platforms, but I didn’t even listen to it until it was on Spotify. When it came out we were on fall break. I remember I was in Athens, Georgia visiting my sister when I listened to it. It is a pretty long album at about an hour and a half, so I decided to go work out and listen to it. There were a lot of really good songs, with of course some that I didn’t like as much. But out of every album that was released in 2021, Faces has been the one that I have gone back and listened to the most, whether that be as an entire album or just some of its songs.”

“This album featured many singles that they have released in their past, which helped bring together the whole feel of the album. The feel of this album is a feeling of being on the West Coast chilling on the beach or road-tripping on the coastal roads. The album features a mix of surf, skate, and punk rock. It is a well-balanced album with great drums, guitar, and vocals. This was my number one overall album released in 2021.”

The House is Burning by Isaiah Rashad

“Kanye yet again proved that he still has it with Donda. The album strays away from the more common type of new-age rap, but does feature many popular artists in the field such as The Weekend and Lil Baby. One surrounding theme around the album was having faith in God. Ye puts his faith on display with many tracks on the album such as “24” and “Praise God”. Ye created a masterpiece, and no doubt has album of the year.”