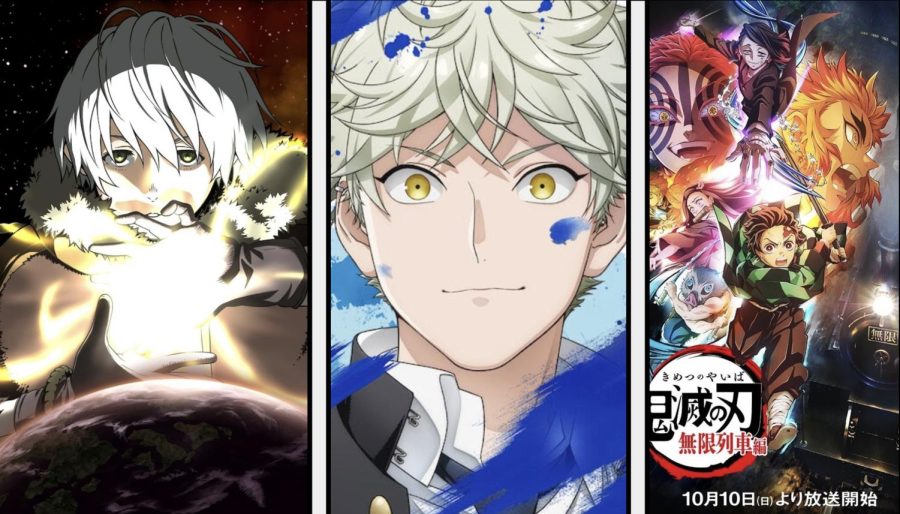 Finding a show to stand atop the rest in this unsurpassed year of anime is nearly impossible. The catalog in 2021 had a never-ending stream of fluid animation, incredible scores, and breathtaking stories. Every genre was showcased through an excellent show and no simulcast was left without an Anime of the Year contender.

2020 boasted an extensive library of anime though many shows were hit with delays because of the pandemic. All of these delays were disappointing, however, the payoff from them was well worth the wait. Despite all the good that came from 2021, there is still an obvious divide between good anime and the truly legendary peaks of the medium. 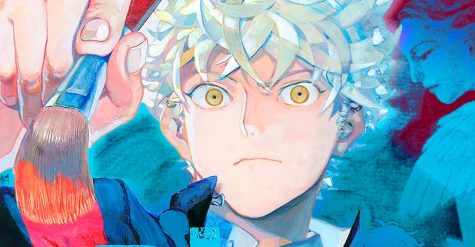 Blue Period is a story all about passion. Yatora Yaguchi has been able to accomplish most things in life with ease. He becomes bored with his life and decides one day to pick up a new hobby: painting. Unlike everything else he has tried to pursue, Yaguchi struggles tremendously with art, however, he also gains a drive to express himself through his work. It has some of the best-realized characters to come out of this year. The story is great, however, the anime itself doesn’t practice what it preaches with a rather passionless adaptation of the original material. The original story is still easily good enough to make Blue Period a must-watch; although, reading the source manga would be your best bet, especially because of the inherent theme of passion. 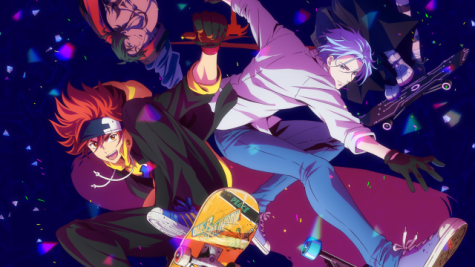 There was a time when sports anime was looked down upon. Sports fans typically never had any desire to look towards anime for a good show, likewise, the typical anime viewer usually avoided sports like the plague. Nowadays this semblance is long forgotten, as many great stories blossom from sports anime including the masterful Haikyuu!!. This year showcased another anime that brought sports above life through this year’s Sk8: The Infinity. Sk8 isn’t afraid to deviate from reality as it focuses on having as much fun as possible. Watching Reki Kyan take on the underground skating arena can only be described as an enjoyably extra take on another sport. 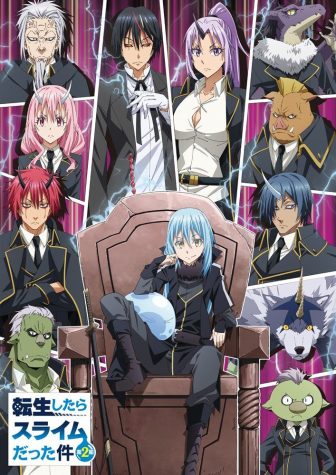 Following the success of its first outing, That Time I got Reincarnated as a Slime gets a second season that one-ups the first in a multitude of ways. Main character Rimuru Tempest’s goal of uniting the people of this world is continued in the second season, meanwhile his journey towards unification opens the story to plentiful world-building and the strategic political planning that makes this series unique. The second season adds new and interesting characters, all the while Rimuru is introduced to the fascinating world of those at the pinnacle of the world. Some bits of poor pacing and changes to the source material do diminish the show at some points, however the highs of the season far outweigh its negatives. Overall, Slime is a great show to watch that can exemplify the greatest parts of the saturated Isekai genre.. 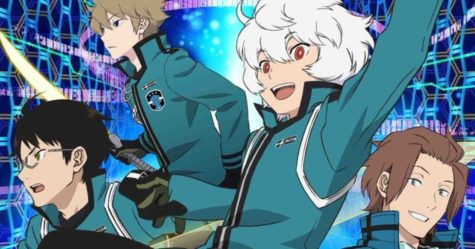 Shōnen is a heavily saturated facet of the wide sphere of anime, making it hard to find something that stands out. World Trigger is a shōnen that is often unfairly overlooked as another generic action series, however, is a show that tells a good story along with some of the best fights in the medium. Unlike many other shows of the shōnen genre, World Trigger has fights based on positioning, strategy, and adapting to changes in the field. It also has a unique power system that lets the characters show their own, individual strengths. Since the show has switched over from airing weekly to one with 12 episodes a season, the animation quality and other aspects have improved greatly over its first season. World Trigger is a lustrous hidden gem to look out for. Anyone who’s tired of the same drawn-out stories of typical shōnen should check it out. 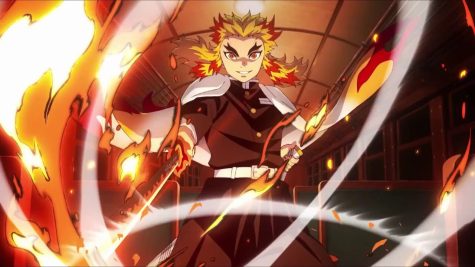 Demon Slayer has come back this year with a brand new movie. Tanjiro and his friends’ quest continues as they hop aboard the train they were tasked with boarding at the end of season one. This movie packs all the aspects of an anime season into an action-packed hour-and-a-half long movie. The Mugen Ressha-hen has also been given a typical anime season run that presents more about Rengoku. Everyone by now has heard of Demon Slayer and this year delivered the expected hype through a new movie covering the events in Mugen Ressha, as well as the currently airing Yuukaku-hen. 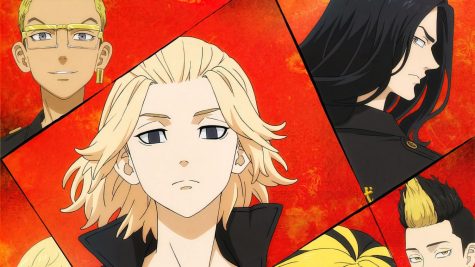 Time travel is an overdone trope that seems to cause more problems than what’s gained from it. Tokyo Revengers is an anime that bypasses the hurdle of making a believable and enjoyable time travel show. Watching Takamichi’s quest to save Tachibana is quite reminiscent of the best parts of Erased retold. The pacing does drag on a bit during the show’s run but once you’re able to get invested in the events taking place, the pacing becomes harder to notice as the middle-school gang’s antics ramp up. 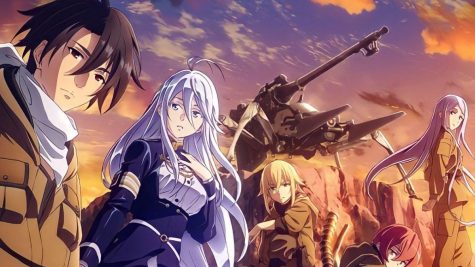 The fight against the Legion has left the Republic of San Magnolia with zero casualties because of the fighting efforts of the autonomous drones, Eighty-Six. This view is widespread across most of the nation, however, some speak out against that blatant lie. These drones are controlled by those from the 86 district. Vladelina Milizé wants to stop the propaganda and help the soldiers fighting against humans enemy, the legion. 86 Eighty-Six is a series very reminiscent of the colossal series, Attack on Titan, that focuses on the effects of propaganda, corrupted government, and the atrocities of war. When it focuses on its themes, no punches are pulled. 86 Eighty-Six has a clear message and goal with telling its story which requires looking deeper into the story to draw a meaningful takeaway from this meaningless war. 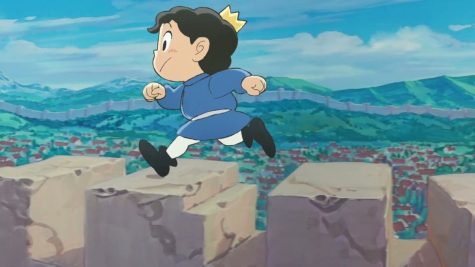 Many people mistake animation as a medium that’s used for younger kids. Osama Ranking is a show that seems to adhere to this notion as evident by its ‘childish’ art style. This couldn’t be further from the truth though as it immediately hits you with near Ghibli Studio levels of charm and a captivating story that explores mature themes without needing to be overt about them. It follows a kid named Boji who, despite being weak, small, and mute, dreams of ruling as a beloved king. Boji is faced with difficulties that most others don’t understand but he doesn’t get caught up in those issues, instead, focusing on the strengths only he could have. Boji along with his friend Kage aims to show that just because they aren’t the strongest or smartest, they still showcase a unique strength that only they can. 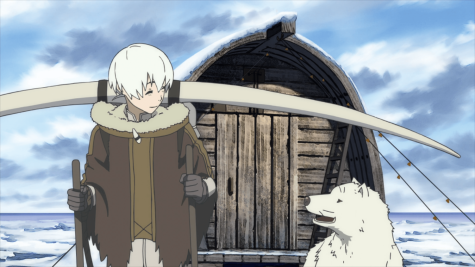 There really is no other story like To Your Eternity. It follows an immortal orb that transformers into whatever stimulates it. After being settled as a rock for decades, it finally transforms into a wolf and eventually a person. As this person, he slowly gains more humanity and begins to understand the things and people around him. This, however, also brings with it the knowledge of the tragedy an immortal is set to face when death is impossible. People nowadays are tired of the meaningless edge of many stories coming out, however, the darkness of To Your Eternity, isn’t only meaningful but also explores the nature of humanity and what being human really means. 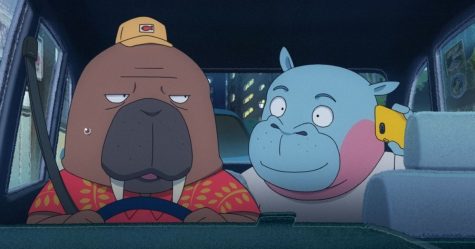 Odokawa is an eccentric 41-year-old taxi driver who lives a rather mundane life. His tedium is slowly overturned however by him meeting interesting people in the city such as the harrowed comedians, “HomoSapians”. He also becomes intertwined in a case involving a missing high schooler, where he is suspected as the culprit. Odokawa is dragged through a gripping mystery that connects all aspects of people he knows. OddTaxi’s great characters are exemplified through the show’s unique art style. This anime is an underrated gem in the community that not only tells an unmatched story but also shows the strengths of anime as a medium.

These ten shows are my personal favorite to come out of this year, however, they are far from all 2021 had to offer. Right now is the perfect time to start watching any of these during this nice break from big hitter this winter season.