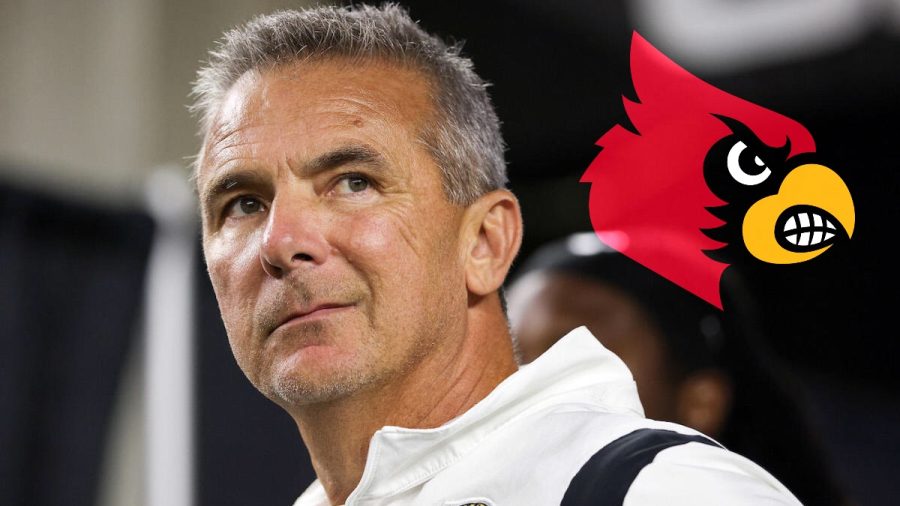 Urban Meyer and the Louisville Cardinals: A Match Made in Heaven

I have a full understanding that there are a lot of Louisville fans in my audience, but I think part of what makes Louisville great is that as a city and as a fan base, you are honest people. It is my duty to be clear here, I am not a Louisville fan. My parents are not from Louisville, and I was raised to be a die-hard Fighting Irish fan, but I respect Louisville. I was born in Louisville and have been surrounded by Cardinal fans my whole life. All this has brought me to the perfect place of knowing the Cardinals as an unbiased outsider. That is why I want to scream from the rooftops–Urban Meyer must be the next coach of the Louisville Cardinal football team.

Louisvillians are honest, hardworking, and selfless individuals—that is why I know that they are able to admit when they’re wrong. In this case, the admission is that Louisville athletics are not exactly the wellspring of morality. Let’s begin with Rick Pitino and the basketball program. I personally spoke with ten Louisville fans during their study halls in the Callahan Media Center. My question was simple, “Would you take Rick Pitino back?” The answer was unanimous: ten quick and simple yesses. Another passionate student said, “Without a question.” I think this Q & A gives a really good example of where the fanbase is. Past scandals are a non-issue; the focus at hand is simple and sweet: winning! All of these Louisville fans are well aware of the past scandal surrounding Rick Pitino, from his extra-marital activity to an FBI investigation that found numerous recruiting violations, the worst of which being allocating $100,000 to a five-star recruit. This FBI investigation led to the firing of both Rick Pitino and athletic director Tom Jurich. My question posed to Louisville fans about Rick Pitino is not a silly question. The Louisville Athletics Department has a history of rehiring coaches that brought scandal and embarrassment to the University. Bobby Petrino was the head coach of the Louisville football team from 2003 to 2006. Petrino left in the middle of the night shortly after signing a long-term contract extension to take a head coaching job with the Atlanta Falcons. After failing as an NFL Coach, Petrino resigned after 13 games (sound familiar, Urban?) to take a job with the Arkansas Razorbacks for the 2009 season. In 2012, Petrino was involved in a motorcycle accident that exposed his extra-marital relationship with an Arkansas football staffer and former All-American Volleyball player at the University. Petrino was later fired for this incident. He went on to coach the Western Kentucky Hilltoppers before making a triumphant return to the Louisville Cardinals. It warms my heart to breathe in the fresh air that is forgiveness of the Louisville fanbase. Abandonment six months after signing a ten-year contract extension? “I don’t remember it,” said Cardinal fans.  Adulterous relationship with a subordinate 20 years younger than him? “He’s still a good person.” This background of the Cardinals and their storied willingness to look past some misfortune in their coaches brings us to this moment in time. Louisville is currently without an athletic director which leaves the current football coach, Scott Satterfield, extremely vulnerable. Satterfield is 18-19 during his time at Louisville and is coming off his second consecutive losing season in three years with the program. Most Cardinal fans agree that it is likely time for a change. Louisville has demonstrated time and again that this is a place where your past can be forgotten, if and only if you bring wins. Urban Meyer is fresh off of failing in the NFL, but every collegiate program he has led has been successful, perhaps with some rough patches along the way. Urban Meyer has been ultra-successful. He first coached at Bowling Green before accepting a position at Utah. After Utah, Meyer became the head coach at the University of Florida; it is here that he became a true household name. At Florida, Meyer won two national championships, however he was criticized for the amount of illegal activity within the program. During his six years at Florida, he had 31 players who were arrested. Additionally, upon his leaving reports came out that he created a “circle of trust” in which he would include the star players in a tight group while excluding the rest of the team. The reports stated that he was manipulative in this way. Meyer retired from coaching for medical reasons after the 2010 season. Meyer began Coaching the Ohio State Buckeyes for the 2012 season. He was very successful during his seven years at Ohio State, but again brought scandal when he covered up abuse allegations against one of his assistant coaches. Again Meyer resigned for medical reasons. Meyer began coaching the Jacksonville Jaguars for the 2021 season in the NFL. In October, a video surfaced of Meyer interacting inappropriately with a woman, who was not his wife, at his Columbus-area restaurant. Later in the season, Jaguars kicker Josh Lambo accused Meyer of physically kicking him during warm-ups. Lambo went directly to Meyer and asked him to refrain from ever kicking him in the future to which Meyer responded, “I’m the head ball coach. I’ll kick you whenever … I want.” Urban Meyer was fired from the Jacksonville Jaguars in December, prior to the end of the season. In his latest coaching stop, Meyer was far from successful, but there are certain coaches who are destined to only coach college. Nick Saban is a prime example of not working out in the NFL, but being elite at the college level. Urban Meyer is a proven winner. Louisville fans desperately want a winner, and as the past indicates, are not necessarily tied up in the personal morality stuff. I constantly hear cries from Louisville fans to bring back Pitino. Louisville fans opened their arms widely to Petrino, who had previously abandoned them. Cardinal fans want a winner, and that is why Urban Meyer and Louisville is a match made in heaven.