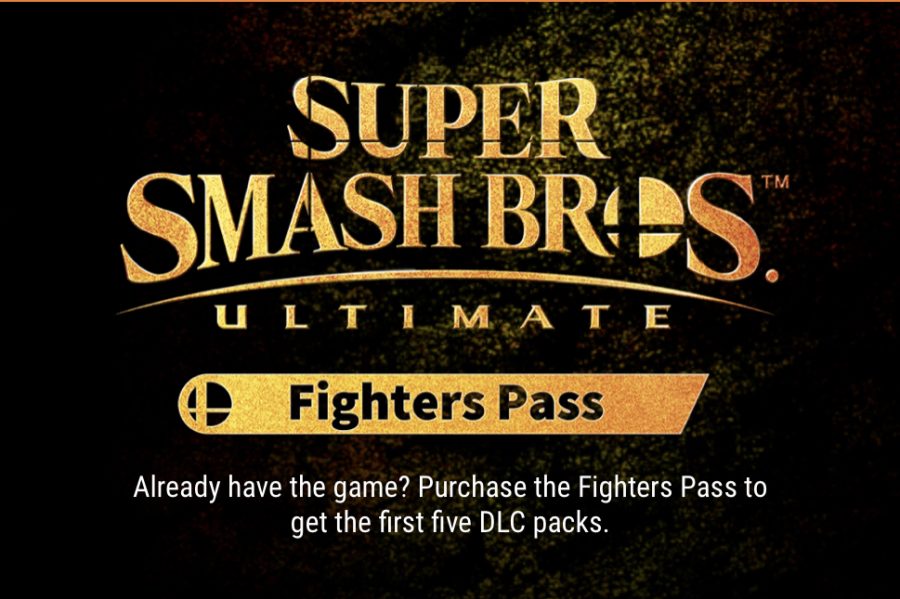 A Look Back at Super Smash Brothers Ultimate

From Jan. 30, 2019, all the way to Oct. 18, 2021, 12 new fighters have interminably been added as new additions for us to play as in Super Smash Brothers Ultimate. Masahiro Sakurai’s magnum opus might have given us it’s final new character, but the game’s life is far from over as evidenced by the over 20 year life span of Melee. Now, it’s time to finally soak in the fighters we’ve been given starting from the very beginning of SSBU’s life.

The DLC characters started out on a strange addition, for sure. The first character added was one everyone knew from the famed Mario franchise, but no one expected to join the battle. When he came out, people were surprised with this random, but welcome surprise. Over the game’s lifespan, Piranha Plant’s influence has waned. His ambiguous play style and slow speed has led it to being among the lesser played characters. I myself used to Main the plant however as his popularity lessened I played him less and less until I dropped him from my mains. He is still a very fun character to play as when you need some variety, and has some nice applications through his specials. 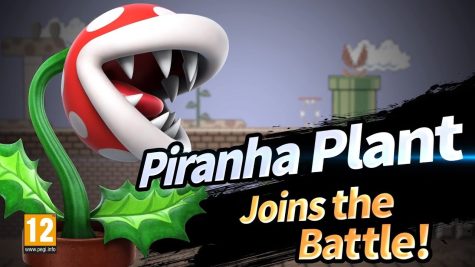 Here, the fighter pass truly began and it started with a bang! Joker from Atlus’s massively popular Persona franchise joined the fray. These first two reveals showed that SSBU’s DLC wasn’t going to hold back, and that anyone joining was possible. His addition is also relevant even today. His neutral and Side B are both great projectiles, though Neutral B has gotten some nerfs since launch. His Down B is a shield that gains meter for his Arsene form. When he turns to his Arsene form, he deals more damage and changes his Down B to a counter and Up B to have greater range for recovering. His quick movements and tricky projectiles make him a strong adversary. Joker was a big highlight for the Fighter Pass and the addition of Persona’s great music makes this a tough expansion to top. 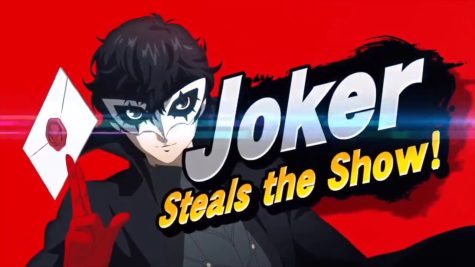 Next up is the big hitter character for Japan, The Luminary and seven other protagonists. Though they didn’t gain much of a reaction in the West, it was clear that Dragon Quest fans were quite happy with the inclusion of eight protagonists from their massive series that went so long without representation in Smash. Hero is a very unique character to play as well. He has a mana system for his specials but that isn’t necessarily his main draw. That would be his Down B which brings up a menu with a random selection of moves that have varying effects ranging from deflecting projectiles to blowing himself up. Because of  their unorthodox Down B, they’re banned from official play but to many, they are known as the king of casual because of the RNG that stems from their Down B. 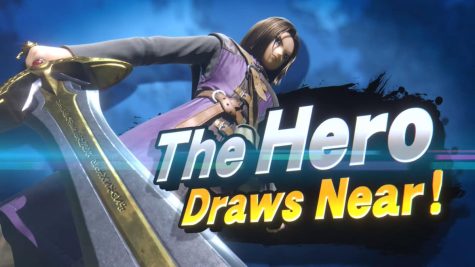 And next up is the big hitter for the West. The platforming icon of the N64, Banjo-Kazooie, drops down a reminiscent of the other Studio Rare representative, King K. Rool. To say the least, people were ecstatic with their reveal during E3 of 2019. Following their release, however, many people quickly dropped Banjo-Kazooie because of their typical play style. Unlike the rest of the DLC, they felt like characters from ages ago, which did seem to be intentional, but that made them boring to play. They’re a simple zoning character with a small gimmick of an invincible Side B that only has five uses. In retrospect, Banjo-Kazooie was on the lower end of the fighter pass simply because of their gameplay. 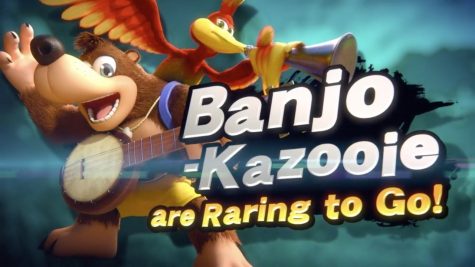 The penultimate character of Fighter Pass 1 was Terry Bogard from Fatal Fury. Out of all the characters released in SSBU, Terry is the only one I didn’t know the origin of, and many others also seemed to be unfamiliar considering the lukewarm reaction. In complete contrast to Banjo-Kazooie, more people began to like Terry when he actually came out as a fighter. He plays like a brawler and zoner character, but his main gimmick allows him to use strong moves when over 100% damage. His Go Meter moves require inputs like-Down»Left»Right»B. He is a fun character to play, but like Piranha Plant, his player base has definitely waned since his release. 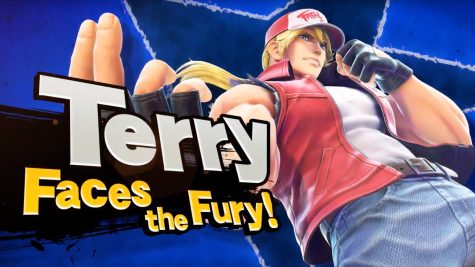 To end things off was another first party character. Most weren’t happy with the inclusion of a Nintendo-owned character to end things, and to put salt into the wound, it was a Fire Emblem character, which is already an overly represented series and was put in the game as an advertisement for the new game Fire Emblem: Three Houses. While the reception wasn’t great, it was made better with the announcement of Fighter Pass 2. Byleth herself is a sluggish sword fighter that wields the Sword Of Creation, a blade that can change into different shapes like a bow or a spear. To many, she is seen as a boring character to play; however, I enjoy playing as her. She’s a character I frequently play despite being over a year since her release. 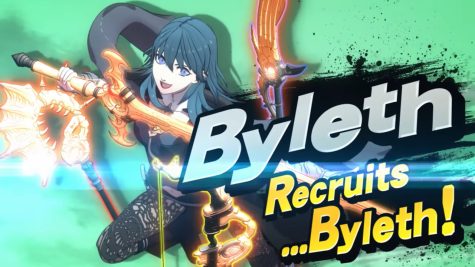 Five months after Byleth’s release, the second fighter pass began; however, the reveal was quite strange. Instead of an official reveal, we first learned of the franchise the character was coming from, which was Arms alongside a date for the actual announcement. People weren’t too happy with another first party rep, but the promise of five other fighters after Min-Min made her more ignored instead of actually hated like Byleth. When she came out though, that all changed, well for me anyway: most people still didn’t care. She’s a character that plays exclusively with ranged attacks akin to Mega Man. Her arms extend, making her a nightmare for aggressive players like me. 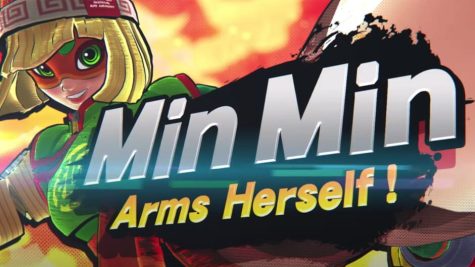 This… was the most momentous character added into SSBU. The legend himself, Steve from Minecraft, truly rocked the internet with his reveal, with him coming from the most popular game of all time. Even through the initial hype, Steve is still a lively fighter in the game with his unique play style unlike anyone else in the game. He can mine for materials with neutral B and uses those materials to use his moves and upgrade his normal attacks by making things like diamond or iron tools. It also allows you to build blocks when in the air. His down tilt starts a small fire with his flint in steel that’s great for edge guarding along with his down air which summons an anvil that crushes whoever is below it. His jab can caution any heavyweight with its fast swings and low knock back, which can be followed up with his up smash where he summons a magma block on his opponent’s. Though his most prominent move from my experience is his Side B. With it, he summons a minecart that grabs and drags his opponent across the stage. I could talk about his release all day: everything about Steve’s inclusion can only be described as pure hype. 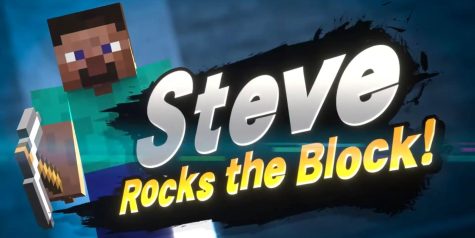 It’s hard to follow up on a character as colossal as Steve, however the timeless antagonist from Final Fantasy VII is definitely the way to do it. He’s the second representative of FF7 however, considering the game’s status as one of the best RPG’s of all time, me and many others thought adding him made perfect sense. Sephiroth fights with his large sword and some magic that he throws at his foes. His long range makes him great for dealing with people who play in neutral a lot like his foil Cloud Strife. His Down B is a slow counter that has the added effect of also unleashing an attack without getting hit first. He also has a unique projectile, his Side B, that lingers on his adversary for a bit before striking them. Sephiroth is a pleasant addition to the game but one I haven’t spent much time with. 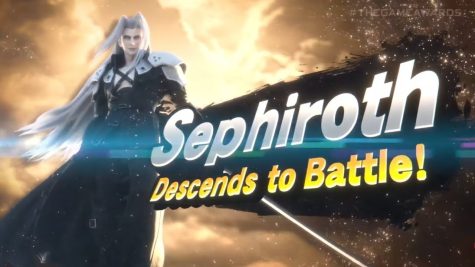 Pyra/Mythra is a pair I have spent quite a bit of time with. Moving from King DeDeDe, I began to main Aegis shortly after their release. Mythra is a quick, damage dealer that swiftly strikes opponents. She has a huge Side B that covers half the stage as well that makes way for unmatched stage control. Mythra is very weak though and very hard to K.O. with. That fact segways into her Down B, which allows Mythra to switch to a blazing alter-ego. Pyra is slower but easier to K.O. with. She has a Side B where she launches her sword giving good stage control, but not as well as Mythra can. As you play them, you switch to different egos on the fly to fit the situation. I of course like the Aegis, but it’s evident that many weren’t happy with their reveal. They were another first party rep that came from Xenoblade. Many simply waited for the next reveal. 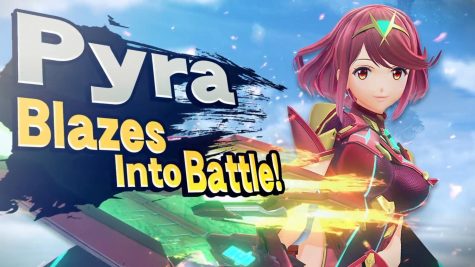 Now the protagonist of Tekken arrives. Kazuya was probably the most hit or miss character released in SSBU. Many people were ecstatic with him, but just as many, seemingly couldn’t care less. His playstyle is similar to many other hype characters like Captain Falcon. He has a laser that pressures opponents to move in and where Kazuya shines. He has combo moves and some slow, but hard hitting moves that make him one of the best to watch skilled players pick. It’s hard to immediately play though because he takes so much of his move set from other kinds of fighting games. 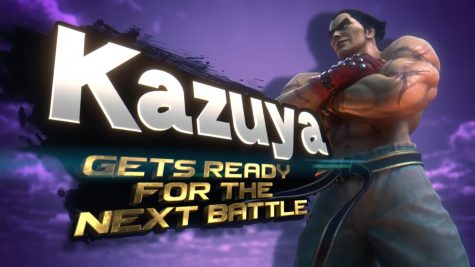 The splash screen says it all. Since the character poll six years ago, Sora has been the most requested character to join Smash. The face of Kingdom Hearts, a game that practically revolutionized crossovers in games, is the only way to end Super Smash Brothers, the biggest celebration and crossover of gaming history. Sora was locked in an impenetrable prison of licensing because of his connection to the giant mouse: Disney. Sora represents everything Smash was and does it better than other rep could have. Not to mention his gameplay. The most notable portion of his play style is his air mobility and floatability. He, like Kazuya, has a combo kind of thing, but unlike Kazuya, Sora does combos in the air. His air attacks combo into each other as well as his Up B and Side B. His Up B is a spinning slash that covers a good amount of space and Side B is a dash that chases whoever the attack locks onto. Neutral B is a magic system that has three forms: a fireball, lightning, and freezing. They cycle in that order whenever Neutral B is used. His playstyle is low risk, low reward, which makes him better for those who like to just throw attacks out without too much thought. 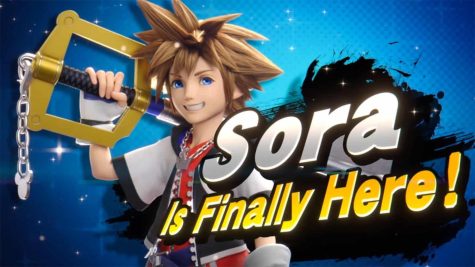 Sora was a near perfect finale for the fighter pass. All the others fighters together also add together to make a great sendoff for Super Smash Brothers with Masahiro Sakurai at the head. Sakurai made a legendary series that will be remembered for a long time.