It’s that time of the year again — time for the World Series. After a packed postseason full of offensive explosions and unlikely wins, the stage is set for the Houston Astros and the Atlanta Braves to battle it out.

The Braves beat the Dodgers in only six games in the NLCS. The Braves were definitely the underdogs all postseason; they had the worst record out of any team that made the postseason and played in a terrible NL East division. They have not made it this far since 1995 when they beat the then Cleveland Indians, and they’ve been a laughing stock to the league ever since with records under .500 every season. However, in the past five years the Braves made some big improvements by picking up young stars and keeping their veteran players. They are America’s team in this World Series matchup and have a great chance to bring the trophy back to Atlanta.

The Braves are very new to the postseason. Atlanta’s production is based around young stars such as Ozzie Albies and Dansby Swanson. Freddie Freeman and Ozzie Albies are the leaders of this team. In the past five years they’ve been front runners in the draft which has led them to great young athletes. They started off the season rough and struggled with injuries especially when they lost their best player, Ronald Acuña Jr. During the trade deadline they picked up some solid players such as Joc Peterson, Eddie Rosario, Adam Duvall, and Jorge Solar. All four including Ozzie Albies and Freddie Freeman have been exceptional on both defense and offense.

Eddie Rosario has been on fire for the Braves as he batted over .550 in the NLCS and won NLCS MVP. He, along with everyone else, hopes he can continue his hitting tear throughout the World Series. The rookie pitcher, Ian Anderson, has been their ace all year and has a big influence in how the World Series plays out. Their bullpen has also been great and has pushed them to where they currently have made it.

The Astros beat the Red Sox in a tough seven games. They aren’t new to the World Series since just two seasons ago they lost to the  Nationals. Before that, in 2017, they won the World Series but were also caught in an elaborate cheating scandal that involved banging on trash cans and using buzzers on players’ chests in order to steal and relay pitch signs. This allowed their hitters to already know what pitch was coming and they hit so much better. They have since received a lot of hate from around the country and many baseball fans root against them every year just because of their infamous 2017 World Series Championship.

Houston’s offense, led by Jose Altuve and Yuli Gurriel, is just one reason why they’ve made it to the World Series for the third time in five seasons. They haven’t lost too much talent in recent years and have gained some impactful young stars such as Kyle Tucker and Yordan Alvarez, the ALCS MVP. Alvares, the Astros’ DH, was extremely clutch for the Astros against the Red Sox as he was hitting at an average of .522.

The Astros will own the home field advantage and play four out of the possible seven games at Minute Maid Park. The Braves fan base will be very ruthless towards the Astros when they play at Truist Park in Atlanta. After seeing both teams already play against very well-rounded teams in the postseason it’s tough to say who will win. Both teams have been hitting exceptionally well, so it could come down to whose pitching gives up the least amount of runs per game. 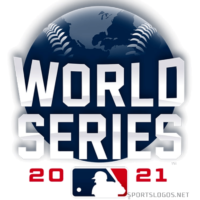 Based off of my original predictions, I thought that the Astros would beat the White Sox in the ALDS but then lose to the Red Sox in the ALCS. On the National League side I was confident that the Braves would make the World Series since they have so much talent and had passion since they were overlooked. I predicted that they would beat the Brewers and then win in the NLCS but I believed it would’ve been against the Giants instead of the Dodgers.

I predict the Braves to win it all because they are coming into it as the underdog. They will also have nearly everyone in America cheering them on to beat the Astros, which is why I believe they will complete their unpredictable postseason run.

This World Series looks like it could be a thriller. The games will most likely get pretty chippy between the underdogs and the former cheaters. After a long 162-game season, its always fun to watch the last two teams standing fight to hoist the Commissioner’s Trophy.