Successful Open House Amidst The Pandemic 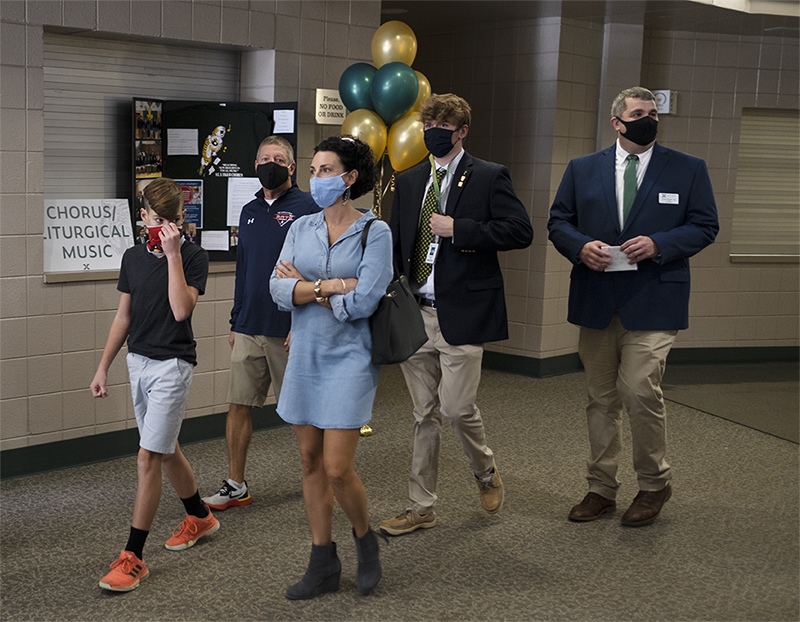 On November 8, future Tigers from the class of 2025 toured St. X’s campus in-person and learned about the different activities and clubs that the school has to offer.

This year was obviously very unique from years past. Appointments were made, masks were worn, the 6 foot rule was kept and potential students were only allowed to stay a maximum of one hour. Besides these challenges, the admissions team thought it was a success.

“We were scheduling appointments on the hour to make sure that we were limiting the amount of people in the building at all times,” said Mr. Curt White, the Director of Admissions.

The school leaders, President Colistra and Principal Sample both delivered inspirational speeches to the future students and parents in attendance. Mr. Colistra spoke about his vision for the school and his experiences so far as president. Ms. Sample included her ideas from the academic standpoint and her plans for the rest of the school year.

The student tour guides proved to be one of the best parts of the open house. The guides gave helpful information and quick facts about their experiences while making the students and families feel comfortable.

“It was more impactful because people were able to get more individualized attention,” White said.

The visitors started off in the Wills Center, sitting in the classic, metallic “fish-fry” chairs. They then broke into smaller groups and visited the various locations around the school.

TV monitors in the cafeteria showed videos of theatre performances and slideshows of academic achievements, poster boards marketing clubs and activities lined the hallways, and assortments of green and gold balloons put the school pride on full display. 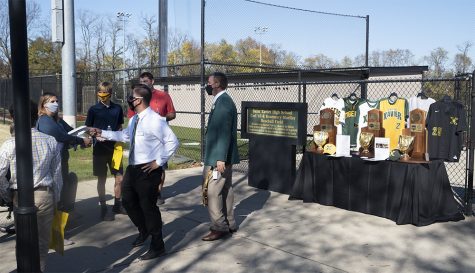 Head coaches of the sports teams were stationed by the outdoor tiger statue near the football concession stands. Each program displayed accolades such as championship trophies and game jerseys. Team gear was available to purchase, but all of the prospective eight graders received a free shirt to take home.

Fortunately, given the circumstances, the attendance was even higher this year compared to prior years when there wasn’t a pandemic to plan around. With the big numbers came big compliments from those who attended.

“The feedback that I’ve gotten from people that have talked to me was that it was very impressive, very well thought out, and much better than our competition,” White said.